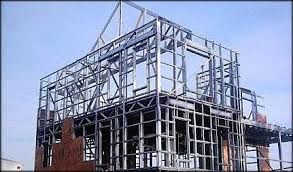 AISI S400-15 results from the merging of AISI S110-07 w/S1-09, Standard for Seismic Design of Cold-Formed Steel Structural Systems―Special Bolted Moment Frames, 2007 Edition With Supplement 1-09, and the seismic portions of AISI S213-07 w/S1-09, North American Standard for Cold-Formed Steel Framing―Lateral Design, 2007 Edition With Supplement 1-09. Additionally, many of the seismic design requirements stipulated in AISI S400-15 are drawn from AISC 341-10, Seismic Provisions for Structural Steel Buildings, which was developed by the American Institute of Steel Construction (AISC).

The new standard was developed over the course of two years by the AISI S400 Working Group under the Lateral Design Subcommittee of the AISI Committee on Framing Standards. Special recognition is extended in the standard to Hank Martin, Sr., who served as AISI’s West Coast Regional Director of Construction Codes and Standards from 1982 to 2006. Martin was pivotal in the final adoption of cold-formed steel lateral design into the model building codes. His vision for the industry led to the establishment of the AISI Committee on Framing Standards in 1998, the development of AISI S213 in 2004, and eventually to the publication of AISI S110 in 2009.

AISI’s codes and standards work is conducted under the Construction Market Council of the Steel Market Development Institute (SMDI), a business unit of AISI, which oversees the industry’s investment in advancing the competitive use of steel by meeting the demands of the marketplace. For more information on SMDI’s Construction Market program, visit www.smdisteel.org or www.buildusingsteel.org. Follow SMDI on Facebook or Twitter (@BuildUsingSteel).

AISI serves as the voice of the North American steel industry in the public policy arena and advances the case for steel in the marketplace as the preferred material of choice. AISI also plays a lead role in the development and application of new steels and steelmaking technology. AISI is comprised of 19 member companies, including integrated and electric furnace steelmakers, and approximately 125 associate members who are suppliers to or customers of the steel industry. For more news about steel and its applications, view AISI’s website at www.steel.org. Follow AISI on Facebook or Twitter (@AISISteel).