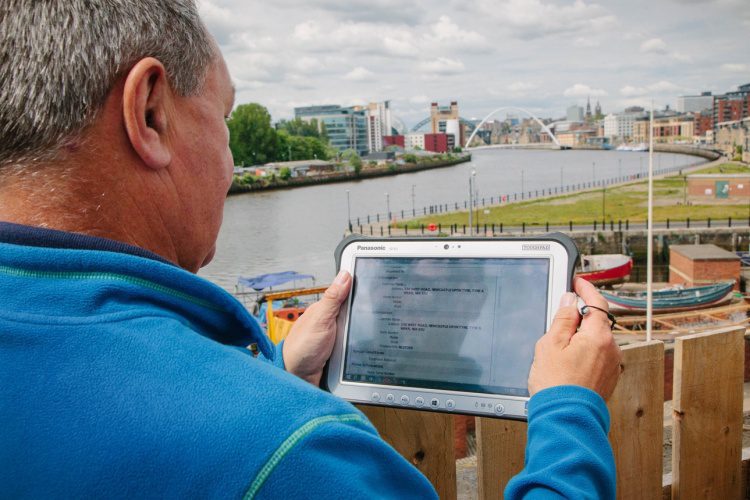 Northumbrian Water has rolled out 500 Panasonic Toughpad FZ-G1 tablets to its field workers. The rugged devices are the single mobile tool used by NWL’s field force to provide real-time access to all its major systems. They are used to receive work schedules, locate sites through GIS applications, carryout risk assessments and report activity. Photos of sites or incidents can be taken using the tablet’s camera and attached and sent directly to the system. Users can also access their office email and the internet, ensuring they have access to all the important systems when out working.

NWL, which operates in the north-east of England, where it trades as Northumbrian Water, and in the south-east of England, where it trades as Essex & Suffolk Water, shortlisted eight different mobile devices for testing and then invited 30 field staff to a series of workshops. The users were split into two different groups. Group One was made up of individual technicians, whose role was to visit customers and identify faults on the network. Group Two consisted of a two-person maintenance team that carried out repairs or made additions to the network.

“We were quite surprised at the result, when both groups chose exactly the same device,” said Jim Howey, Distribution Maintenance Manager, NWL. “The Panasonic Toughpad FZ-G1 tablet was the clear choice for both technicians and the maintenance teams.”

“People were really impressed with just how rugged the device was and the fact that it could genuinely be used in an outside environment; and not just in the rain, the screen was clearly visible in bright sunlight as well,” said Jim. “Users were also impressed with the touchscreen capabilities. Being able to zoom in quickly and easily on documents, GIS maps and schematics was a real advantage.”

Paul Davidson, Utility Sales Manager, Panasonic Toughpad, added: “With the Panasonic Toughpad FZ-G1 tablet, NWL has chosen a fully rugged device designed to be the single tool that field workers can rely on when carrying out their challenging roles.”

The fully rugged Toughpad FZ-G1 tablet with Windows 8.1 Pro sets the new benchmark for outdoor viewable tablets making it ideal for field workforces in outdoor scenarios. With its capacitive, 10-finger multi-touch display and digitiser pen and flexible configurable ports this device can be used to view high definition documentation and images in the field whilst benefitting from connectivity options to ensure data is always available when needed.