/ Bridges / Arizona to Add Structural Health Monitoring to I-15 Bridges

Arizona to Add Structural Health Monitoring to I-15 Bridges 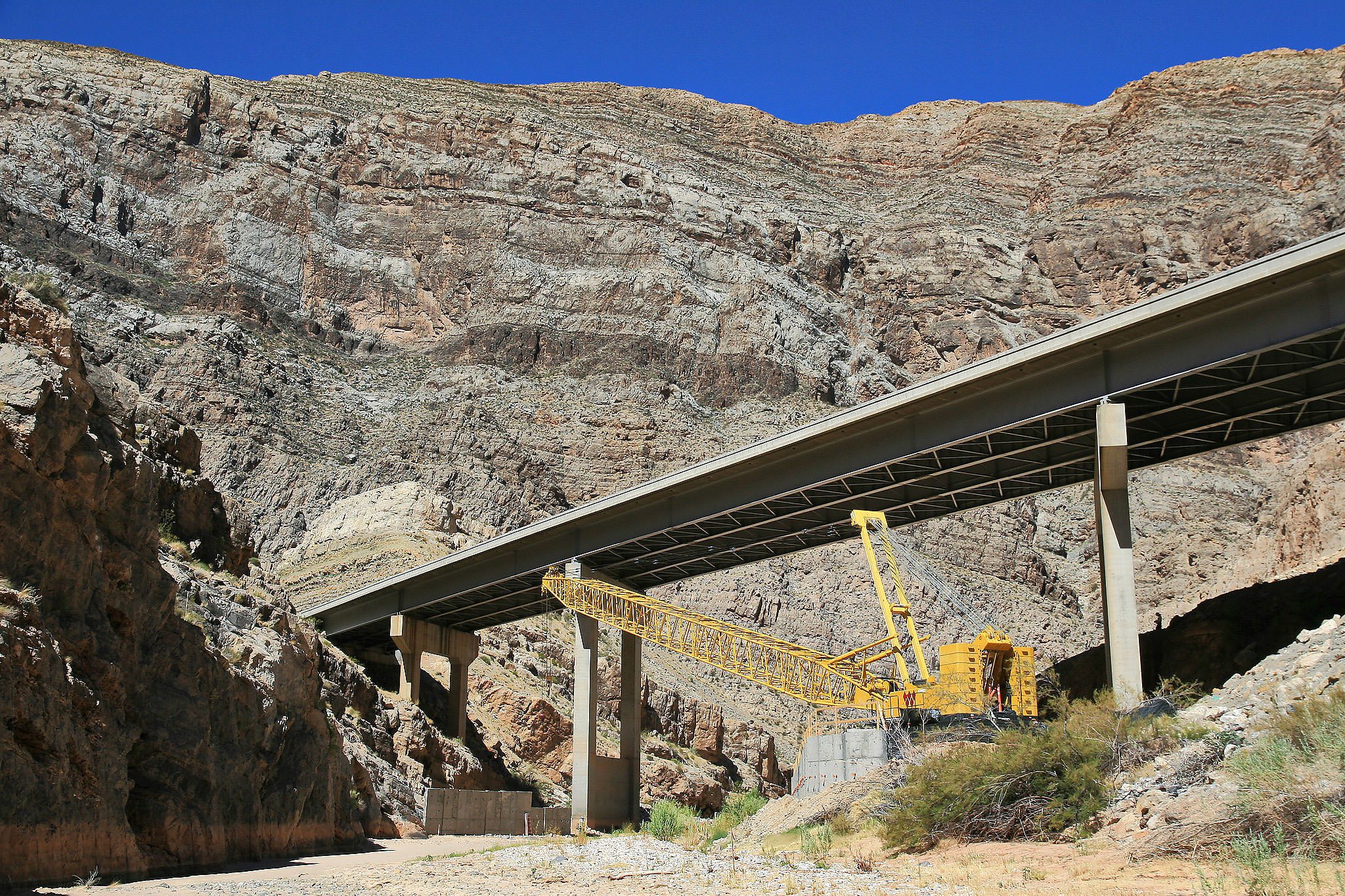 PHOENIX, Jan. 22, 2016—Arizona Department of Transportation engineers in Phoenix will get real-time information on the conditions of four interstate bridges in remote northwestern Arizona thanks to technology funded by a $768,000 Federal Highway Administration grant.

To enhance safety and efficiency, ADOT will use the Accelerated Innovation Deployment Demonstration grant to add structural health monitoring systems to the Interstate 15 bridges, embedding sensors on the superstructures that record, analyze and share data.

The systems, which will be installed by this fall, will help ADOT identify and address problems quickly and decide when the bridges will need major repairs or replacement. They also will help ADOT engineers determine when to conduct inspections, which are required at least every two years and involve lane restrictions.

“The technology made possible by this grant will enhance the safety of the traveling public and help inform Arizona’s investments along this vital corridor,” ADOT Director John Halikowski said. “We appreciate our federal partners helping to make it possible.”

Since early 2014, ADOT has invested nearly $30 million in several I-15 bridges, including an ongoing upgrade of Virgin River Bridge No. 6. The monitoring systems will be installed on four other bridges, two of them in the gorge and two in its outer reaches. One of those, Virgin River Bridge No. 1, is scheduled for a $33 million upgrade in fiscal year 2019.

“Cutting-edge technology like this takes bridge data to a new level,” Federal Highway Administrator Gregory Nadeau said. “The 21st century economy demands innovative tools like these, and they will make Arizona’s highways an even more effective part of the national system.”

Opened in 1973, the stretch of Interstate 15 connecting southwestern Utah and southern Nevada passes through 29 miles of Mohave County, including the Virgin River Gorge. About 1.4 million commercial vehicles use the route annually.