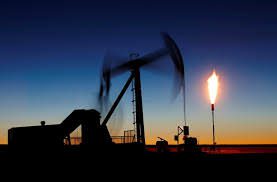 WASHINGTON – As part of the Interior Department’s reform agenda for a cleaner, more secure energy future, U.S. Secretary of the Interior Sally Jewell today proposed to update 30 year-old regulations in order to reduce the wasteful release of natural gas into the atmosphere from oil and gas operations on public and American Indian lands. The proposed rule on venting, flaring and leaking will help curb waste of our nation’s natural gas supplies, reduce harmful methane emissions and provide a fair return on public resources for federal taxpayers, Tribes, and States.

“I think most people would agree that we should be using our nation’s natural gas to power our economy – not wasting it by venting and flaring it into the atmosphere,” said Secretary Jewell. “We need to modernize decades-old standards to reflect existing technologies so that we can cut down on harmful methane emissions and use this captured natural gas to generate power and provide a return to taxpayers, tribes and states for this public resource. We look forward to hearing from the public on this proposal.”

U.S. oil production is at its highest level in nearly 30 years and the nation is now the largest natural gas producer in the world, providing an abundant source of clean-burning fuel to power and heat American homes and businesses. At the same time, venting and leaks during oil and gas operations are major sources of harmful methane emissions, a powerful greenhouse gas about 25 times more potent than carbon dioxide. U.S. methane emissions are projected to increase substantially without additional steps to lower them. The proposal announced today is consistent with the Obama Administration’s goal to cut methane emissions from the oil and gas sector by 40 – 45 percent from 2012 levels by 2025.

Currently, vast amounts of natural gas from public and Indian lands are lost through venting, flaring and leaks from oil and gas operations. Between 2009 and 2014, enough natural gas was lost through venting, flaring and leaks to power more than five million homes for a year. States, Tribes and federal taxpayers also lose royalty revenues when natural gas is wasted – as much as $23 million annually in royalty revenue for the Federal Government and the States that share it, according to a 2010 Government Accountability Office (GAO) report.

Developed by Interior’s Bureau of Land Management’s (BLM), the proposed rule would require oil and gas producers to adopt currently available technologies, processes and equipment that would limit the rate of flaring at oil wells on public and tribal lands, and would require operators to periodically inspect their operations for leaks, and to replace outdated equipment that vents large quantities of gas into the air. Operators would also be required to limit venting from storage tanks and use best practices to limit gas losses when removing liquids from wells. The new measures would also clarify when operators owe royalties on flared gas, and ensure that BLM’s regulations provide congressionally authorized flexibility to set royalty rates at or above 12.5 percent of the value of production.

“The commonsense and cost-effective measures we are proposing reflect the recommendations of several government studies as well as stakeholder views and tribal consultation over the last two years,” said Assistant Secretary for Land and Minerals Management Janice Schneider. “These updated regulations, which would be phased in over several years to allow operators to make the transition more cost efficiently, would not only get more of our nation’s natural gas into pipelines and delivered to market but also reduce pollution and cut greenhouse gas emissions that are contributing to climate change.”

The BLM’s current rules addressing venting and flaring were adopted over 30 years ago, long before new technologies unlocked vast new natural gas supplies in the United States. Recent technological advances allow operators to produce more oil and gas with less waste. About 40 percent of natural gas now vented or flared from onshore Federal leases could be economically captured with currently available technologies, according to the 2010 GAO report.

Several oversight reviews, including studies by the Interior Department’s Inspector General and the GAO, have raised concerns about the waste of gas from oil and gas operations on public lands and found BLM’s existing requirements insufficient. Several states, including Colorado, North Dakota, Wyoming, and most recently Pennsylvania, as well as the U.S. Environmental Protection Agency (EPA), have also taken steps to limit venting, flaring and/or leaks.

“It’s time to modernize our regulations to reflect today’s technologies and meet today’s priorities,” said BLM Director Kornze. “By asking operators to take simple, common-sense actions to reduce waste – like swapping out old equipment and checking for leaks – we expect to cut this waste almost in half. The gas saved would be enough to supply every household in the cities of Dallas and Denver combined – every year.”

The BLM has worked to ensure that the proposed regulations would not impose conflicting or redundant requirements. In developing this proposal, the BLM looked to the States’ requirements and worked closely with the EPA to align the agencies’ proposals as much as possible, consistent with specific statutory authorities and responsibilities. The BLM is committed to continue coordinating with the EPA, as well as with individual States, to streamline regulations.

In developing this proposal, the BLM engaged in substantial stakeholder outreach, including a series of public forums in 2014 and 2015 to consult with tribal and state governments and to solicit stakeholder views. The BLM held public meetings in Colorado, New Mexico, North Dakota, and Washington, D.C., as well as separate tribal outreach sessions. The agency also accepted informal comments generated as a result of the public and tribal outreach sessions.

The public will have 60 days to submit comments on the proposal once it is published in the Federal Register. The BLM also plans to hold a series of public meetings on the proposed rule in February and March.