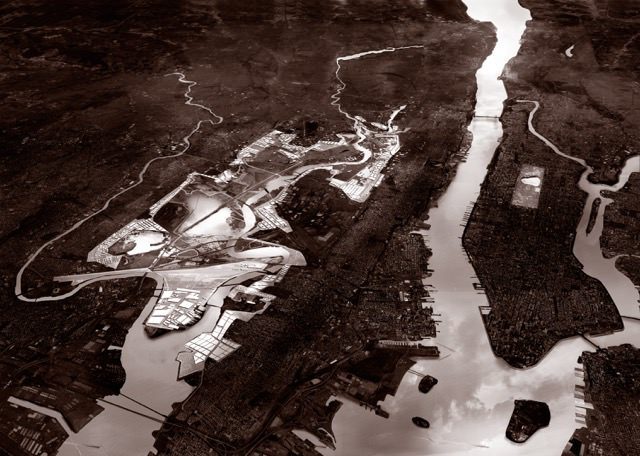 Infrastructural Monument and Scaling Infrastructure are two new publications that are part of a new series from the MIT Center for Advanced Urbanism (CAU). CAU is a two-year-old institute that focuses on researching and designing solutions for the most critical urban problems facing us today.

Infrastructural Monument (Princeton Architectural Press, Jan. 26, $29.95) details the first of two conferences organized by the MIT Center for Advanced Urbanism centered around the biennial theme of infrastructure. During the event, four panels – each featuring a designer, a developer, a policy expert, and a scholar – addressed future paths for infrastructure design and the potential to leverage infrastructure design beyond the realm of transportation of goods and labor and into the realm of culture, public space, architecture, and landscape form.

Infrastructural Monument is an exploration of how infrastructure can transcend merely a practical role and fulfill a more cultural one.

The companion volume to Infrastructural Monument, Scaling Infrastructure (Princeton Architectural Press, Jan. 26, $29.95) presents the proceedings of the second and final conference of the MIT Center for Advanced Urbanism covering the biennial theme of infrastructure. In it, leading voices from politics, engineering, and design explore the phenomenon of growing and shrinking cities in response to population shifts. As Alan Berger (professor of landscape architecture and urban design at MIT) states in the preface, “through this discussion, we seek to understand design possibilities, grounded in technical, political, and socioeconomic realities, for sustainable infrastructural futures in both the United States and international contexts.”