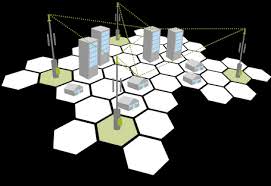 NextNav’s system is complementary to the Global Positioning System (GPS) and delivers high precision Latitude, Longitude and ‘floor level’ Altitude in GPS-challenged areas such as indoors and urban locations across an entire metropolitan area. Unlike cellular positioning in LTE, MBS does not consume expensive wireless spectrum to do so.

“We are gratified, after an especially intensive effort, to see 3GPP add support for Terrestrial Beacon Systems generically and for supporting the NextNav implementation of it – the Metropolitan Beacon System,” said Ganesh Pattabiraman, President, COO and Co-Founder of NextNav.  “This speaks to the urgent market requirements for ubiquitous, high-quality indoor positioning. MBS availability as an international standard ensures that our location signals can be used in widely-deployed LTE networks as part of an end-to-end system. It also opens the doors for multi-vendor systems, a critical consideration for our carrier customers and users worldwide”

The MBS signal technology is available under FRAND terms, and multiple silicon vendors and core network element providers are integrating the technology into their platforms.

NextNav is deploying the revolutionary Metropolitan Beacon System (MBS) positioning technology across the U.S. to allow mobile phones and other devices to reliably determine their location in indoor and urban environments where GPS signals can’t be received.  NextNav’s system provides accurate horizontal positioning with floor-level height precision.  Delivered over a managed network on licensed spectrum, with carrier-grade dependability and metropolitan-wide coverage, NextNav’s positioning services are designed for E911, public safety and emergency response as well as the multitude of consumer and commercial applications that require precise indoor location accuracy.

More information is available at www.nextnav.com