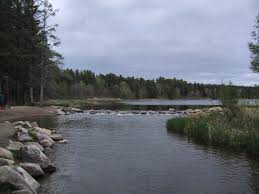 Matt Ball on January 18, 2016 - in Analysis, Corporate, Design/Engineering, Water
ST. PAUL, MN – Governor Mark Dayton today announced a $219.7 million plan to modernize Minnesota’s aging wastewater and drinking water infrastructure, and protect groundwater from contamination. Governor Dayton’s plan would allocate $167 million of his Jobs Bill proposal to assist communities across the state that cannot afford to make critical investments in aging water infrastructure. For many of Minnesota’s smaller communities, the cost of replacing infrastructure that was built decades ago can be significant. Without state assistance, it is estimated that Minnesotans in these communities could see their water and sewer bills double or even triple to cover the cost of necessary improvements, making it challenging for communities to keep and attract residents and businesses.
The Governor’s plan would also invest an additional $52.7 million for water quality protection initiatives at the Minnesota Board of Water and Soil Resources, the Minnesota Pollution Control Agency, and the Metropolitan Council. This funding would help leverage millions of federal dollars to implement conservation practices to restore and protect water quality across the state.
“Many Minnesota communities are facing serious water quality challenges,” said Governor Dayton. “Without state help, more and more Minnesotans will face steep increases in their local water utility bills to pay for clean, safe drinking water. We can no longer ignore these problems with our state’s water quality. They are everyone’s challenge and everyone’s responsibility.”
The U.S. Environmental Protection Agency estimates that Minnesota communities will need $11 billion in water infrastructure improvements over the next two decades. This funding is necessary to replace aging wastewater and drinking water systems, upgrade treatment facilities to meet higher standards, and expand systems to accommodate growth. Approximately 60 percent of the needed improvements are in Greater Minnesota.
Governor Dayton’s proposal would provide a comprehensive plan for addressing water infrastructure needs for the first time in state history. In addition to providing Minnesotans with clean and affordable water access, it would ensure treated water that is returned to nature meets environmental protection standards, benefiting lakes and rivers across the state.
The Governor’s plan would allow the State of Minnesota to increase its assistance to municipalities from an average of $160 million to $300 million per year. After this one-time influx of funding, an additional $100 million a year in state bonding would be needed for the next 20 years to address Minnesota’s water infrastructure needs. If approved by the Minnesota Legislature, Governor Dayton’s water infrastructure plan would allow the state to fund up to 80 projects a year compared to less than 50 projects now.
Without state assistance to help shoulder the cost, many Minnesota communities would be forced to increase their debt loads to unaffordable levels, delay other urgent infrastructure needs, and implement significant water and sewer rate increases on residents and businesses. These costs would, in turn, hamper the economic vitality and competitiveness of Minnesota businesses that rely on reliable, affordable water resources – especially those located in border communities with other states.
Water Quality & Infrastructure Investments
Below is a breakdown of how the Governor’s $220 million in proposed funding would be allocated.
• Point Source Implementation Grant Program – The Governor’s plan would invest $62 million in the Point Source Implementation Grant Program, to help lift the burden off local communities to pay for treatment plant upgrades to address water quality restoration and protection goals.
• Water Infrastructure Funding Program – Governor Dayton’s proposal would provide $80 million to the Water Infrastructure Funding Program to increase aid to communities rehabilitating aging wastewater and drinking water infrastructure systems. Grant funding is based on the average household income of residents and is designed to keep clean water affordable for Minnesotans.
• Clean Water & Drinking Water Revolving Funds – To help local governments update essential clean water and drinking water projects to serve residents and businesses, Governor Dayton’s Jobs Bill includes $25 in funding to match federal grants for affordable, low-interest loans.
• Buffer Reimbursements – The Governor’s plan would invest $30 million in the Reinvest in Minnesota Reserve program, which works with farmers and private landowners to restore and protect water quality in the implementation of the new buffer law passed last session. The state funds will leverage up to $120 million in federal dollars and is part of a five year 100,000 acre clean water effort.
• Keeping Clear Water out of Wastewater – The Governor’s plan would allocate $5 million for an inflow/infiltration grant program at the Metropolitan Council. The initiative provides matching grants to local governments to keep clear water from entering the municipal wastewater system, which can overwhelm and back up these systems, causing untreated wastewater to enter our lakes and streams.
• Wetland Replacement – To replace an estimated 300 acres of wetlands that are lost due to road construction across the state, Governor Dayton’s Jobs Bill includes a proposed $5 million investment in the Local Government Roads Wetlands Replacement Program.
• Duluth Area Contamination Cleanup – To clean up contaminated sediment and industrial waste at ten locations at the St. Louis River Estuary and the Duluth harbor and bay, Governor Dayton’s Jobs Bill would invest $12.7 million. The state’s 35 percent contribution will be matched by 65 percent federal funding.
MAP: See where Governor Dayton’s proposed investments in clean water infrastructure would be.[Link]
LIST: Look up clean water infrastructure projects by city. [Link]
FACT SHEET: Get a quick look at Governor Dayton’s proposed investments in clean water infrastructure, and why they matter. [Link]
SUMMARY: Read more about the clean water infrastructure public meetings that were held across Minnesota, and the input received by the Administration. [Link]