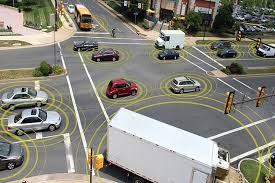 DETROIT – In his last State of the Union address, President Obama signaled his intent to invest in a 21st century transportation system.  U.S. Transportation Secretary Anthony Foxx today revealed part of the president’s proposal: a 10-year, nearly $4 billion investment to accelerate the development and adoption of safe vehicle automation through real-world pilot projects.

Secretary Foxx also announced that the U.S. Department of Transportation is removing potential roadblocks to the integration of innovative, transformational automotive technology that can significantly improve safety, mobility, and sustainability.  Secretary Foxx made the announcement at the North American International Auto Show in Detroit, where he was joined by leaders in technology, executives of traditional auto manufacturers, and newcomers to the industry.

“We are on the cusp of a new era in automotive technology with enormous potential to save lives, reduce greenhouse gas emissions, and transform mobility for the American people,” said Secretary Foxx.  “Today’s actions and those we will pursue in the coming months will provide the foundation and the path forward for manufacturers, state officials, and consumers to use new technologies and achieve their full safety potential.”

The President’s FY17 budget proposal would provide nearly $4 billion over 10 years for pilot programs to test connected vehicle systems in designated corridors throughout the country, and work with industry leaders to ensure a common multistate framework for connected and autonomous vehicles.

“NHTSA is using all of its available tools to accelerate the deployment of technologies that can eliminate 94 percent of fatal crashes involving human error,” said NHTSA Administrator Mark Rosekind.  “We will work with state partners toward creating a consistent national policy on these innovations, provide options now and into the future for manufacturers seeking to deploy autonomous vehicles, and keep our safety mission paramount at every stage.”

DOT is committing to the following milestones in 2016:

Under Secretary Foxx’s leadership, the Department has been working to transform government for the 21st century, harnessing innovation and technology that will improve people’s lives.  In 2015, Secretary Foxx refocused the national dialogue about the future needs of our transportation infrastructure by releasing Beyond Traffic, a report examining the challenges facing America’s infrastructure over the next three decades.  This draft framework has already influenced decisions by elected officials, planners, and stakeholders nationwide.

Secretary Foxx has also energized DOT’s embrace of innovation to help solve these challenges.  In December 2015, the Secretary launched the Smart City Challenge, a national competition to implement bold, data-driven ideas that make transportation safer, easier, and more reliable in that city.  He also worked to accelerate the Department’s efforts to incorporate vehicle-to-vehicle (V2V) communication technology into new vehicles.

More information on the President’s budget proposal will be forthcoming.