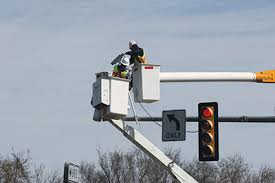 PORT ST. LUCIE, Fla., Jan. 13, 2016—Increased use of Intelligent Transportation Systems (ITS) technology by municipal transportation departments and city planners brings with it increased safety risks to the public due to electrical faults. Called “contact voltage” by a proposed industry standard still under development, the majority of these hazards are normally found on metal street lights.

However, a tragedy this past week in Bangkok, Thailand reminds us that other publically accessible objects can have electrical faults as well: A DOT traffic camera wiring problem is blamed for the electrocution of one homeless man and shocking at least four additional pedestrians in that city.

“ITS is a better way to manage traffic flow in cities and large urban areas,” said Mark Voigtsberger, President of Florida based Utility Testing and Geographic Information Systems (UT/GIS, UTGIS) and former DOT employee.  “This is done by coordinating signals, traffic volumes, weather reports, railroad movements and other factors by installing a variety of sensors and devices such as cameras, variable message signs and pole mounted technologies in addition to traditional pavement sensors. Contact voltages can, and have, developed on transportation/ITS pole mounted devices,” Voigtsberger further explained.

While only New York has recorded any real data on the issue, Voigtsberger claims contact voltage exists in the remaining 49 states as well- they just don’t know the extent of the problem yet.

Many different events or factors can be responsible for DOT/ITS contact voltage: normal wear and tear on the electrical infrastructure, accidents, wire theft, vandalism or rodents chewing on wires are common examples.

Voigtsberger emphasizes that it is not the DOT/ITS technology itself creating new type of safety hazard, rather it is the merging of new devices into the older and often inadequate existing electrical infrastructure. “Fuses and circuit breakers are required on all DOT/ITS installations,” said Voigtsberger. “Called overcurrent devices, these are designed to protect the equipment in the event of a catastrophic electric failure. But we consistently see that these devices are not disconnecting the power as they should, and as a side benefit, remove the contact voltages.”

Voigtsberger estimates there are in excess of 250,000 contact voltages across the US at any given moment.