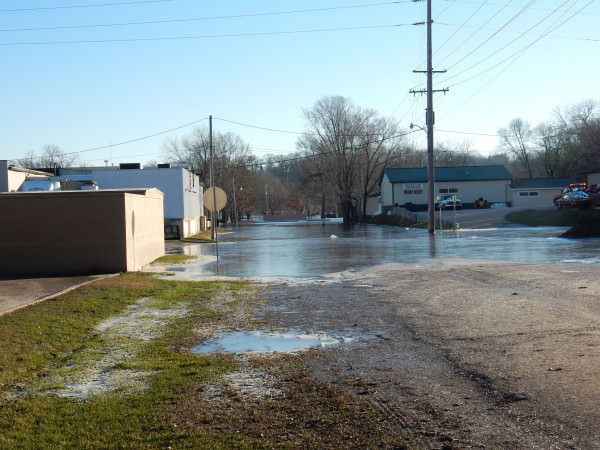 FAYETTEVILLE, Ark. – University of Arkansas engineering researchers – experts in the study of how soil reacts to stress caused by earthquakes or floods – are participating in a multi-institutional research mission to document the effects of recent, severe flooding in the Midwest.

Michelle Bernhardt, assistant professor of civil engineering, and graduate student Behdad Mofarrai will travel to parts of Arkansas and Missouri this week to photograph and assess flood damage and the performance of levee systems. They will work alongside the U.S. Army Corps of Engineers, local levee districts and researchers at other universities as part of a Geotechnical Extreme Events Reconnaissance Association team.

Sponsored by the National Science Foundation, the extreme event team gathers perishable data immediately following extreme natural events – earthquakes, tsunamis, hurricanes, landslides and floods – to better understand the response of infrastructure and complex transportation systems. Researchers map and survey both damaged and undamaged areas to provide data that will be used to improve engineering and design of these systems.

“Our goal is to gather as much time-sensitive data as possible,” Bernhardt said. “Flooding events are interesting because data can sometimes be washed away or destroyed during repair activities, so it is critical that thorough documentation be executed during the event and shortly thereafter. Gathering this data from the field is critical to further our understanding of how levees perform in a given event and under what mechanisms failures occur.”

For this mission, scientists and engineers will work with the Corps and state and local organizations to document geotechnical, hydraulic and climatic impact of the flooding and how it affects public policy. Their work will augment a systems-based approach to understanding the overall performance of the central-Midwest flood-protection system.

Bernhardt uses computer modeling to digitally simulate small particles, such as soil, and show how they react to displacements and stress, such as those caused by an earthquake or flood. These particle-to-particle interactions improve understanding of large-scale interaction and how materials react to different loading mechanisms. Her research contributes to furthering our knowledge of fundamental soil behavior.