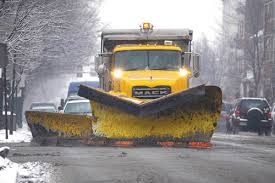 Harrisburg, Pa., Jan. 11, 2016 – As part of an expanded technology pilot, the public can now view hundreds of plow trucks on interstates and expressways this winter at www.511PA.com, Governor Tom Wolf announced today. The announcement is part of the Automated Vehicle Location (AVL) system pilot first announced by the governor in October, which improves PennDOT’s information on vehicle movement and usage of winter materials.

“This initiative will improve PennDOT’s operations by looking for efficiencies in how the agency’s fleet is operating during the winter months, while promoting transparency by allowing the public access to this information,” Governor Wolf said. “This is a step forward in showing Pennsylvanians how hard PennDOT is working to keep them safe during the winter season.”

The public can view the location of more than 500 PennDOT plow trucks and more than 200 contracted rental trucks this winter through the 511PA website.

PennDOT Secretary Leslie S. Richards explained that while on-duty trucks will be shown in near real-time, the pilot does not show the full breadth of the department’s services on interstates or expressways, or statewide.

“During winter weather, interstates and expressways are our top priority,” Richards said. “That means that we often move trucks from lower-traffic roads onto interstates, and those trucks won’t be shown on 511. Additionally, due to differing staff schedules, storms or equipment usage, the location of all of the trucks will not be visible at all times.

“We’re excited to educate the public about our operations with this pilot, but they won’t see all of our more than 2,000 trucks across the state.”

Statewide, PennDOT has more than 2,200 total department-force trucks and also rents approximately 270 trucks and their operators to maintain the more than 40,000 miles of roadway for which PennDOT is responsible.

The AVL system pilot is part of Governor Wolf’s GO-TIME initiative that leverages inter-agency coordination and collaboration to maximize efficiency, modernize state government operations, and provide the highest quality services. The pilot, as one of seven GO-TIME projects identified by PennDOT in 2016-2017, is expected to realize a cost savings of $1.4 million over the next four to six years based on a combination of reduced salt usage and better use of department equipment.