Smart Growth Strategies Curb Emissions Due to Lower Car Use 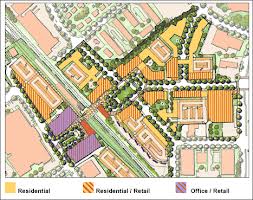 A new study finds that smart growth approaches to urban planning could substantially reduce the number of miles that residents drive in a year. The research was published this week in The B.E. Journal of Economic Analysis and Policy.

In a behavioral economics study, researchers at San Francisco State University found that a 10 percent increase in a city’s smart growth features — including housing density, jobs per capita and public transit infrastructure — would lead to a 20 percent decrease in the number of vehicle miles traveled per household, per year.

“We found that changing the way cities are designed would significantly reduce travel demand,” said Sudip Chattopadhyay, professor and chair of economics at SF State. “People’s travel habits would change, and they would drive less.”

These latest results stand in contrast to previous studies that have suggested that smart growth only has a small impact on transport demand. Chattopadhyay says that in the past economists have struggled to find the right methodologies to understand how people’s behavior changes in response to urban planning.

For the present study, Chattopadhyay developed an innovative way to predict people’s behavior, particularly how people make decisions about where to live. The study focused on 18 urban areas across the United States and used census data and information from the 2001 National Household Travel Survey and the National Transit Database.

The study found that smart growth strategies yield greater reductions in car use compared to the use of fuel tax increases. It suggests that a 10 percent increase in the dollar cost of driving one mile would result in an 18 percent decrease in annual vehicle miles traveled per household, compared to a 20 percent decrease from smart growth strategies.

“It’s only a few percent points but it is a significant difference,” Chattopadhyay said. “Smart growth is a more gradual, long-lasting change and it generates employment. Tax increases can be implemented more quickly but they are subject to change depending on the political situation.”

Chattopadhyay notes that there are other benefits of smart growth not measured in his study. Neighborhood design that encourages walking, for example, may improve residents’ health, and the development of compact cities might prevent urban sprawl and help preserve open space.

“Do Smart Growth Strategies Have a Role in Curbing Vehicle Miles Traveled? A Further Assessment Using Household Level Survey Data” was authored by Sudip Chattopadhyay and Emily Taylor, who graduated from SF State with a master’s in economics in 2010. It was published online on Sept. 11, 2012 in The B.E. Journal of Economic Analysis and Policy.