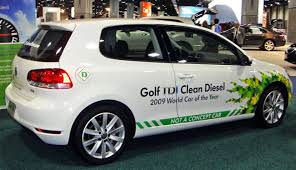 WASHINGTON – The U.S. Department of Justice, on behalf of the U.S. Environmental Protection Agency, today filed a civil complaint in federal court in Detroit, Michigan against Volkswagen AG, Audi AG, Volkswagen Group of America, Inc., Volkswagen Group of America Chattanooga Operations, LLC, Porsche AG, and Porsche Cars North America, Inc. (collectively referred to as Volkswagen). The complaint alleges that nearly 600,000 diesel engine vehicles had illegal defeat devices installed that impair their emission control systems and cause emissions to exceed EPA’s standards, resulting in harmful air pollution. The complaint further alleges that Volkswagen violated the Clean Air Act by selling, introducing into commerce, or importing into the United States motor vehicles that are designed differently from what Volkswagen had stated in applications for certification to EPA and the California Air Resources Board (CARB).

“With today’s filing, we take an important step to protect public health by seeking to hold Volkswagen accountable for any unlawful air pollution, setting us on a path to resolution,” said Cynthia Giles, assistant administrator for enforcement and compliance assurance at EPA. “So far, recall discussions with the company have not produced an acceptable way forward. These discussions will continue in parallel with the federal court action.”

“Car manufacturers that fail to properly certify their cars and that defeat emission control systems breach the public trust, endanger public health and disadvantage competitors,” said Assistant Attorney General John C. Cruden for the Justice Department’s Environment and Natural Resources Division. “The United States will pursue all appropriate remedies against Volkswagen to redress the violations of our nation’s clean air laws alleged in the complaint.”

“VW’s illegal defeat devices have resulted in thousands of tons of excess NOx emissions in California, a state where more than 12 million people live in areas that exceed air quality standards set to protect public health,” said CARB Chair Mary D. Nichols.  “The California Air Resources Board is fully coordinating its investigation with the federal EPA and DOJ to address the environmental harm VW has caused.”

Consistent with EPA’s Notices of Violation, issued on September 18, 2015 for 2.0 liter engines, and November 2, 2015 for certain 3.0 liter engines, the complaint alleges that the defeat devices cause emissions to exceed EPA’s standards during normal driving conditions. The Clean Air Act requires vehicle manufacturers to certify to EPA that their products will meet applicable federal emission standards to control air pollution. Motor vehicles equipped with illegal defeat devices cannot be certified.

The complaint alleges that Volkswagen equipped certain 2.0 liter vehicles with software that detects when the car is being tested for compliance with EPA emissions standards and turns on full emissions controls only during that testing process. During normal driving situations the effectiveness of the emissions control devices is greatly reduced. This results in cars that meet emissions standards in the laboratory and at the test site, but during normal on-road driving emit oxides of nitrogen (NOx) at levels up to 40 times the EPA compliance level. In total, the complaint covers approximately 499,000 2.0 liter diesel vehicles sold in the United States since the 2009 model year.

The complaint further alleges that Volkswagen also equipped certain 3.0 liter vehicles with software that senses when the vehicle is undergoing federal emissions testing. When the vehicle senses the test procedure, it operates in a “temperature conditioning” mode and meets emissions standards. At all other times, including during normal vehicle operation, the vehicles operate in a “normal mode” that permits NOx emissions of up to nine times the federal standard. In total, the complaint covers approximately 85,000 3.0 liter diesel vehicles sold in the United States since the 2009 model year.

NOx pollution contributes to harmful ground-level ozone and fine particulate matter. These pollutants are linked with asthma and other serious respiratory illnesses. Exposure to ozone and particulate matter is also associated with premature death due to respiratory-related or cardiovascular-related effects. Children, the elderly, and people with pre-existing respiratory disease are particularly at risk of health effects from exposure to these pollutants. Recent studies indicate that the direct health effects of NOx are worse than previously understood, including respiratory problems, damage to lung tissue, and premature death.

Today’s filing of a civil complaint under Sections 204 and 205 of the Clean Air Act seeks injunctive relief and the assessment of civil penalties. A civil complaint does not preclude the government from seeking other legal remedies. The United States will seek to transfer its case and fully participate in the pretrial proceedings now initiated in the related multi-district litigation in the Northern District of California. The United States’ investigation is ongoing, in close coordination with CARB.  EPA and CARB have been in active discussion with Volkswagen about potential remedies and recalls to address the noncompliance, and those discussions are ongoing.

For information about the complaint: http://www.justice.gov/opa/file/809826/download

For information about EPA actions on Volkswagen: http://www.epa.gov/vw