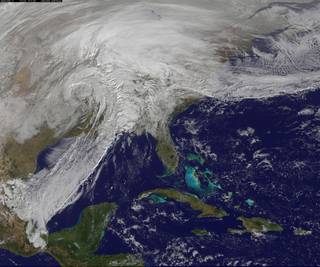 An animation of satellite imagery over the course of two days shows a massive low pressure system that generated severe weather in the southwestern and central U.S. bringing snow, heavy rainfall, flooding and tornadoes. The video, created by the NASA/NOAA GOES Project at NASA’s Goddard Space Flight Center in Greenbelt, Maryland, combined visible and infrared imagery from NOAA’s GOES-East satellite. 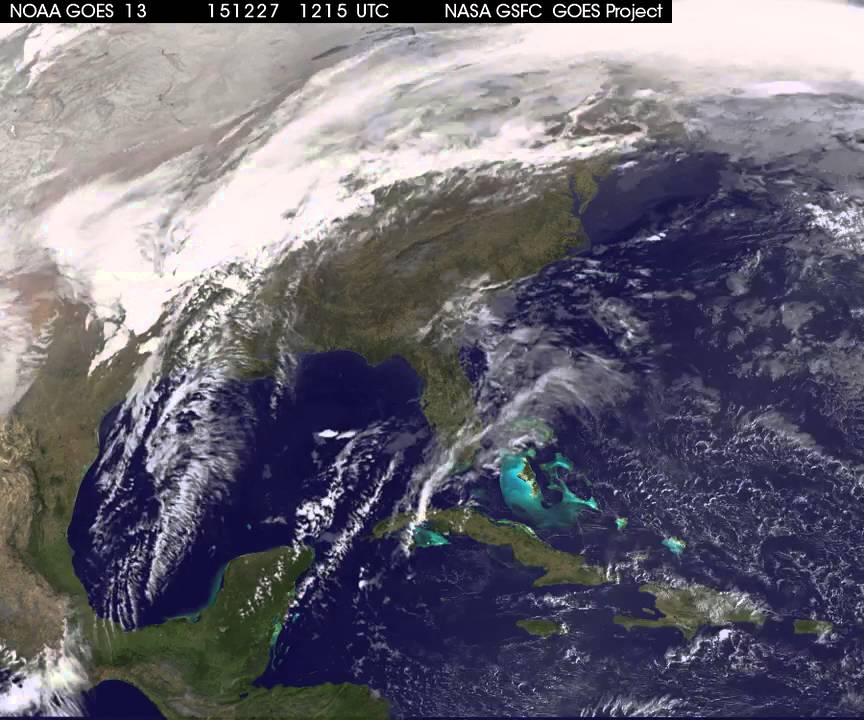 In the animation, during Dec. 26, clouds can be seen containing the line of severe thunderstorms that generated multiple tornadoes in the vicinity of Dallas. The National Weather Service reported an EF-4 tornado (175 mph winds) hit Garland, Texas, at about 6:45 p.m. (0045 UTC, Dec. 27 on the animation).

The National Weather Service Forecast Office in Little Rock, Arkansas, noted that rain in northern and western Arkansas spread across the remainder of the state through the overnight hours of Dec. 27 and early on Dec. 28. By 12 a.m. CST on Dec. 28, rainfall of more than 6 inches had fallen in portions of the Ozark and Ouachita mountains (toward the Oklahoma border).

GOES-East also captured a still image on Dec. 28 at 9:45 a.m. EST (1445 UTC ) that showed the center of the low pressure area over Oklahoma. South of the low pressure center clouds associated with a cold front extending southward over the Gulf of Mexico, and severe storms are possible ahead of the front according to the National Weather Service. A stationary front extends east from the low’s center across the Tennessee Valley and the Carolinas bringing the potential for flash flooding. North and northeast of the low pressure area snow and freezing rains are expected through the heartland into the Great Lakes region and into New England.

On Dec. 28, flood and flash flood warnings, watches and advisories were in effect from northeast Texas, across the mid-Mississippi Valley into the Tennessee and Ohio River Valleys. In addition, Winter Storm Warnings and advisories extended from north-central Texas northeastward through the Midwest and the Great Lakes. Winter weather advisories and winter storm watches were issued for much of New England.