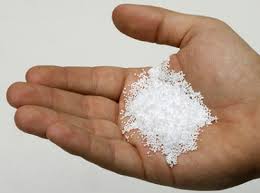 The tiny plastic microbeads that are used in soaps and cleansers, and even in toothpaste, have been banned by rare bipartisan legislation. The majority of the beads get captured in sewer treatment plants, but those that don’t make their way into aquatic environments where they absorb and concentrate harmful pollutants.

The bill, H.R.1321, the Microbead-Free Waters Act of 2015, introduced by Democratic Rep. Frank Pallone Jr. of New Jersey last March sped through approval by the House. The Senate then passed it by unanimous consent without changing a word.

Some states have already banned the microbeads, and the cosmetics industry also pledged to phase out their use, but the bill provides a solid timeline and mandate.

Comments are disabled
NEXT ARTICLE
Berlin to Replace Trains on the S-Bahn
December 28, 2015
PREVIOUS ARTICLE
Virginia Adds New Chief of Policy in the Department of Rail and Public Transportation
December 28, 2015