/ Corporate / New Technique for Removal of Strontium from Waste Water

New Technique for Removal of Strontium from Waste Water 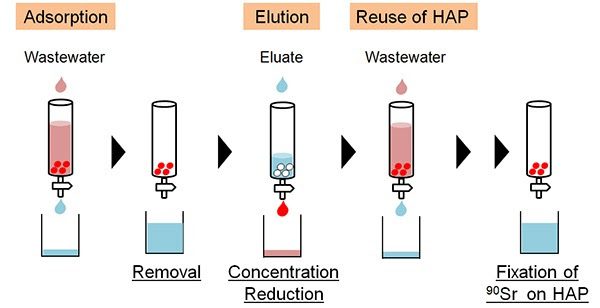 Okayama, Japan, Dec. 21, 2015—Toshiro Ono and colleagues at Okayama University have developed an effective system for removing strontium 90 from aqueous solution  based on the hydroxyapatite (HAP) column procedure. The researchers are hopeful that their HAP column technique could be useful for removing strontium 90 from wastewater as well as natural water in the environment.

Large amounts of radioactive nuclides were released into the environment when the Fukushima Daiichi Nuclear Power Plant was damaged by the earthquake on March 11, 2011 [1, 2]. Among these, the more long-lived radioactive nuclides, such as 134Cs, 137Cs and90Sr – which have half-lives of 2.06, 30.17 and 28.79 years respectively – are of great concern in terms of environmental contamination. 137Cs, which emits γ rays, has been used to evaluate the environmental monitoring and decontamination, because it is easily detected using various instruments. However, 90Sr emits only β rays, and requires a complicated extraction and purification process for analysis. Therefore, few studies on 90Sr release have been performed so far.

Several methods can be used to remove metal ions from wastewater, such as chemical precipitation, ion exchange, membrane treatment, and adsorption. Adsorption is one of the most commonly used methods due to its simplicity and selectivity. For the separation of strontium ions, various types of organic and inorganic adsorbents have been reported.

Toshiro Ono and colleagues at Okayama University developed an effective system for removing 90Sr from aqueous solution, which is based on the hydroxyapatite (HAP) column procedure. HAP is a major mineral constituent of bone and tooth and has an outstanding biocompatibility. HAP is also a possible sorbent for heavy metals in wastewater due to its high adsorption capacity and low water solubility.

In their tests, the researchers found that more than 90% of 90Sr was adsorbed onto HAP particles. This was far more effective than tests using zeolite, which has been commonly used for 137Cs adsorption (Fig. 1). The adsorption of 90Sr by HAP was not influenced by calcium ion concentrations of up to 1 mM – more than the average concentration of calcium ions in natural water, which is 15-20 mg/ L (0.375-0.5 mM) in Japan. Furthermore, magnesium ions had little effect on the removal of 90Sr over the entire concentration range that was tested (Fig. 2). Once the 90Sr was adsorbed, the researchers stripped it from the column using a small amount of eluate. They were then able to use the regenerated column for a further round of separation. 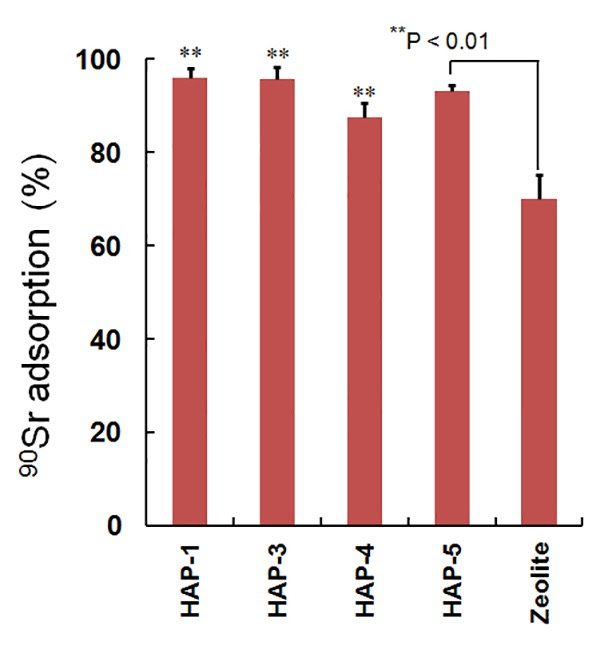 The researchers are hopeful that their HAP column technique could be useful for removing 90Sr from wastewater as well as natural water in the environment. The concentrated 90Sr adsorbed onto HAP could then be stored securely as dry solid waste, reducing the required disposal space and lowering costs (Fig. 3). 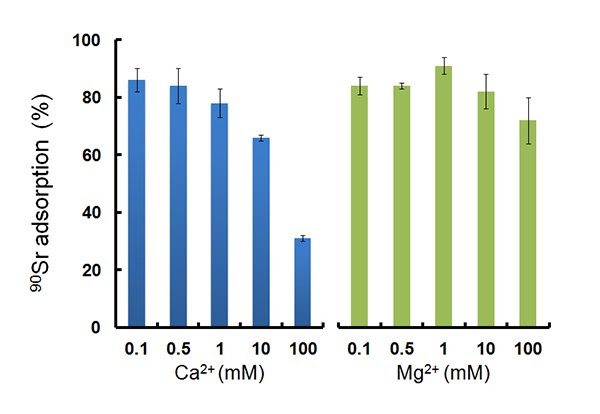 Fig. 2 Effect of competing Ca2+ and Mg2+ ions on 90Sr adsorption onto HAP.

Fig. 3 Concentration and volume reduction of wastewater and fixation of90Sr on HAP particles for the storage as dry solid waste.

Okayama University is one of the largest comprehensive universities in Japan with roots going back to the Medical Training Place sponsored by the Lord of Okayama and established in 1870. Now with 1,300 faculty and 14,000 students, the University offers courses in specialties ranging from medicine and pharmacy to humanities and physical sciences. Okayama University is located in the heart of Japan approximately 3 hours west of Tokyo by Shinkansen.