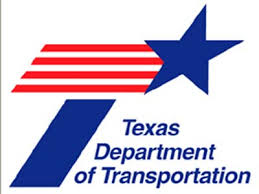 AUSTIN – The Texas Transportation Commission today selected James Bass as the Texas Department of Transportation’s new executive director. Bass, who has been serving as the agency’s chief financial officer since 2005, will begin his new role on Jan. 1, 2016.

Bass began his TxDOT career in 1985 working summers in the Fort Worth District and as an engineer aide in the Austin District while earning his bachelor’s degree in accounting at the University of Texas at Austin.

In November 1999, Bass was selected as TxDOT’s finance division director before becoming chief financial officer. He and his wife, Patty, have a son and a daughter.

Bass is the 21st executive director for the department.

The Texas Department of Transportation is responsible for maintaining 80,000 miles of road and for supporting aviation, rail, and public transportation across the state. TxDOT and its 12,000 employees are committed to working with others to provide safe and reliable transportation solutions for Texas by maintaining a safe system, addressing congestion, connecting Texas communities, and being a Best in Class state agency. Find out more at TxDOT.gov.