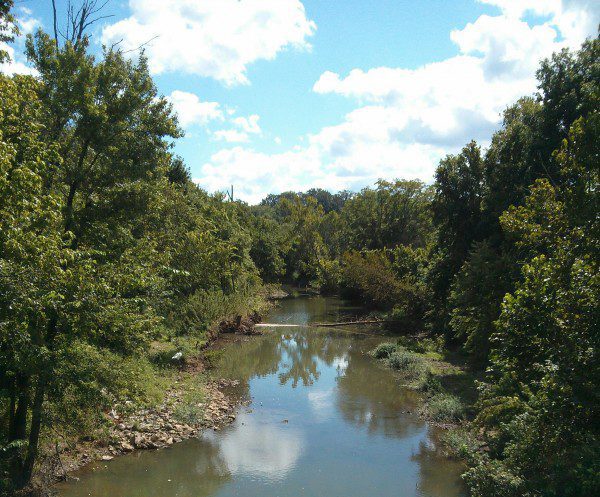 FAYETTEVILLE, Ark. – University of Arkansas researchers have simulated the effect of a series of retention ponds in the West Fork of the White River Watershed by using remote sensing data and advanced geographic information system tools.

The researchers found that construction of 22 one-acre ponds, with an average flood-pool depth of 8.2 feet, in sub-basin areas can decrease peak-flow runoff by about 15 percent. Sub-basins are natural valleys or “washes” of varying size that funnel runoff to a river. A retention pond system would have the potential to significantly decrease water loss from runoff in watersheds of at least 75,000 acres.

“These results show that relatively small water bodies placed strategically within a watershed can have a major effect on watershed hydrology,” said Thad Scott, associate professor of environmental water science in the Dale Bumpers College of Agricultural, Food and Life Sciences. “By retaining runoff and preventing it from reaching a municipal water supply, such as Beaver Lake, the natural environment can treat nutrients on site rather than a having to spend a lot of money to do so chemically at a treatment facility.”

Scott conducted the study with Brian Haggard, professor of agricultural and biological engineering and director of the Arkansas Water Resources Center. Their goal was to simulate the effect of building new ponds or retrofitting existing ponds on hydrology of the West Fork of the White River, which drains 124 square-miles of land between Fayetteville and Winslow in Northwest Arkansas.

Scott downloaded the river’s drainage boundary and flow line from the National Hydrography Database, published by the U.S. Geological Survey. He also downloaded a digital elevation model for Washington County from the Arkansas GIS Office. The researchers combined these datasets with GIS tools and software to identify 278 sub-basins in the river’s watershed.

Of these, Scott and Haggard identified 143 sub-basins that represented headwater streams. They placed a higher priority on the construction of ponds at the outlet of sub-basins that were classified as severe hydrologic risk, meaning they were in highly developed and increasingly urban environments in the northwest region of the watershed, nearer Fayetteville.

Their model and analysis suggested that peak flow decreased proportionally – up to a 65 percent reduction – relative to a greater number of ponds.

The researchers said their simulation exercise would benefit from an empirical analysis or model validation.

“We made numerous assumptions about watershed hydrology, geomorphology and the potential for constructing ponds of similar size and flood volumes at different locations throughout the watershed,” Haggard said. “Still, even with these limitations, we feel this is a sound beginning toward developing a system that addresses the negative effects of runoff.”

The researchers based their study on previous data showing that man-made impoundments, similar to natural wetlands, increase water residence time and consequently store great quantities of sediment and nutrients. Depending on the settling velocities of particles, many of these nutrients can be treated on site rather than transported downstream.

The study was published by the Arkansas Water Resources Center and funded by the Beaver Watershed Alliance.