Lower-Carbon Energy: The Future is Now 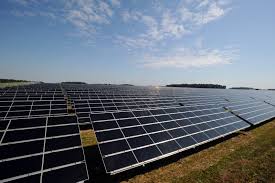 It’s no secret that the world needs to wean itself off fossil fuels, particularly coal, and move to a lower-carbon approach to energy that embraces renewables.

Today, fossil fuels account for 70% of global greenhouse gas emissions, which must be cut dramatically to halt climate change. Yet growing populations, increasing affluence, and urbanisation is demanding more and more energy. Securing this energy will require a staggering US$50tn investment, across the energy markets of power, heat and transport between now and 2050.

Together, the three daunting challenges of security, affordability and sustainability are known as the Energy Trilemma.

The Energy Trilemma challenges governments, cities and organisations alike. It demands solutions that can tackle all three problems – security, affordability and sustainability – together. If you solve just one dimension of the trilemma in isolation you’re likely to make the others worse.

“The trilemma means that policy should never focus on one single aspect. You have to look at the three challenges in a balanced way.”

Christoph Frei, Secretary General of the World Energy Council, interviewed in the next edition of A² magazine

Lower-carbon energy solutions such as wind, solar, geothermal, hydro, marine and nuclear power, zero net energy schemes, microgrids, and district heating all have a part to play in addressing the Energy Trilemma. In the video below, our experts discuss the challenges of devising energy systems that meet demand in more sustainable ways.

Cutting demand through energy efficiency is a vital part of tackling the trilemma, as the low-carbon route map we created for the UK Green Construction Board demonstrates. It shows that cutting greenhouse gas emissions by 80% by 2050 will only be possible if, along with more renewable energy, organisations take responsibility for making the built environment more energy-efficient.

One organisation that’s committed to making itself more efficient and cutting costs in the process is the InterContinental Hotels Group. It’s rolled out the Green Engageonline sustainability tool we created to 4,700 hotels around the world. The tool is helping to cut energy consumption and has tracked US$73m savings in energy costs since its inception.

Cities around the world are also grappling with the Energy Trilemma as they look to become more sustainable. As part of the COP21 climate negotiations, we are releasing the latest report in our Climate Action in Megacities series showing what the mayors of the C40 megacities are doing to tackle climate change.

One city leading the way is London, which is showing how district heating can provide affordable lower-carbon heat to thousands of homes. The London Thames Gateway Heat Network has the potential to supply over 100,000 homes with lower-carbon heat.

District heating is a good solution for high-density urban environments which can progressively move to lower carbon generation, but different situations demand their own responses. We’ve undertaken a broad range of lower-carbon energy projects in response to challenges around the world.

Grappling with the Energy Trilemma on a national scale is perhaps the biggest challenge. For South Africa, energy security is a major driver as blackouts threatens its economic growth. Our renewable energy centre of excellence there is helping to secure a reliable and sustainable alternative to the ageing coal generation the country has relied on until now. In Thoughts, Justin Wimbush talks more about the energy environment in South Africa, and specifically the importance of future proofed energy planning.

Wind and solar power are already putting South Africa on the road to solving the trilemma. They’re not the right solutions everywhere, of course. As our energy leader Ian Gardner points out in the video above, the energy market differs dramatically around the world. But wherever you are, our expert team can advise on the best solutions to help you address the Energy Trilemma and transition to a lower-carbon future.