/ Corporate / Shipments of Connected Wearables will Reach 228 million in 2020

Shipments of Connected Wearables will Reach 228 million in 2020 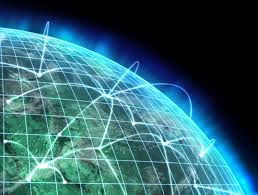 Gothenburg, Sweden, Dec. 15, 2015—According to a new report from the M2M/IoT analyst firm Berg Insight, shipments of connected wearables reached 72.5 million in 2015, up from 25.3 million devices in the previous year. Growing at a compound annual growth rate of 25.8 percent, total shipments of smartwatches, smart glasses, fitness & activity trackers, people monitoring & safety devices and medical devices as well as other wearable devices are forecasted to reach 228.3 million units in 2020. Bluetooth will remain the primary connectivity option in the coming years. A total of 17.8 million of the wearables sold in 2020 are forecasted to incorporate embedded cellular connectivity, mainly in the smartwatch and people monitoring and safety categories.

Apple entered the connected wearables market in Q2-2015 and quickly became the leading smartwatch vendor. The competition is responding with increasingly capable and attractive devices from Android Wear vendors including Motorola, LG, Huawei and Asus as well as from vendors betting on other platforms such as Samsung and Pebble. Smartwatch sales have picked up considerably during 2015 and shipments are on the track to reach 19.5 million units by the end of the year, a 353 percent increase year-on-year. “This market development has not gone unnoticed by the traditional watch industry and several vendors including Fossil and TAG Heuer have presented smartwatches of their own” said Johan Svanberg, Senior Analyst, Berg Insight. Improved devices available in different price segments will drive adoption in the next five years and smartwatches is predicted to become the largest device category by the end of the forecast period. Today, fitness & activity trackers is still the largest device category and shipments are expected to reach 51.0 million units in 2015. Market pioneers such as Fitbit, Jawbone and Garmin have in the past years been joined by an abundance of companies including major players from the smartphone industry. “Xiaomi has been particularly successful with its affordable trackers and the company is the only fitness tracker vendor which can compete with Fitbit in terms of sales volumes” comments Mr. Svanberg. This product category is now facing fierce competition from smartwatches that in many cases include activity tracking features. Decreasing prices and new form factors will still enable dedicated fitness & activity trackers to reach shipments of 71.0 million units in 2020.

Connected wearables such as cardiac rhythm management devices, ECG monitors, mobile Personal Emergency Response Systems (mPERS) and wearable computers are already common in the medical, people monitoring and enterprise segments. Furthermore, miniaturised electronics, low power wireless connectivity and cloud services have enabled the development of a wide range of new connected wearables such as authentication and gestures wristbands, notification rings, smart motorcycle helmets and smart gloves. Shipments of smart glasses have so far been very modest, but promising use cases in professional markets as well as in niche consumer segments will enable smart glasses to become a sizeable connected wearable device category in the next five years.

Berg Insight is a dedicated M2M/IoT market research firm based in Sweden. We have been specialising in all major M2M/IoT verticals such as fleet management, car telematics, smart metering, smart homes, mHealth and industrial M2M since 2004. Our vision is to be the most valuable source of intelligence for our customers. Berg Insight offers numerous market reports, detailed market forecast databases and advisory services. We provide custom research tailored to your requirements including focussed research papers, business case analysis, go-to-market strategies and bespoke market forecasting. In addition to M2M/IoT, we are also active within Location-Based Services, mobile Value-Added Services and Next Generation Technologies. We have provided analytical services to 800 clients in 69 countries on six continents to date. Our customers range from many of the world’s largest mobile operators, IT companies and telecom vendors, to venture capitalists, technology start-ups and specialist consultants.