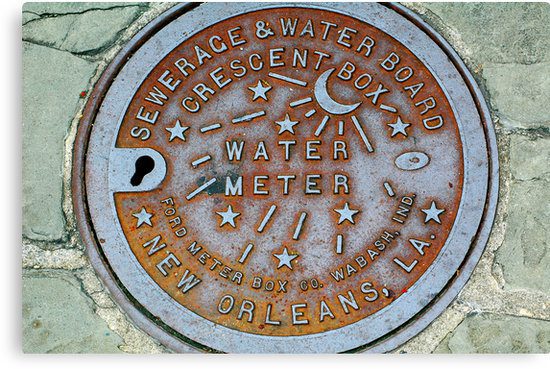 Last week, New Orleans’ Mayor Mitch Landrieu announced a $2 billion settlement from FEMA to fix the city’s deteriorating interior streets and the sewer and water lines beneath them. These funds, along with the fees assessed to residents will kick off a construction effort to address an estimated $9.3 billion backlog of work that is needed.

“With today’s announcement, we have now made a major down payment toward fixing our infrastructure involving our interior streets,” he said, flanked by state, local and federal officials at a news conference at the Sewerage & Water Board office.

For the last year, the City of New Orleans, Sewerage and Water Board of New Orleans (S&WB) and Governor’s Office of Homeland Security and Emergency Preparedness (GOHSEP) have been in discussions with FEMA to determine a final estimate of eligible costs for repairs. The City and S&WB have requested approval of a capped sub-grant permitting them the flexibility to utilize the funds throughout the roadway and subsurface infrastructure systems.

“When we came into office, New Orleans’ recovery was stalled. I charged my administration with going back to the drawing board on our city’s recovery from Hurricane Katrina,” Mayor Landrieu said. “And today, I am excited to announce that after years of negotiations with FEMA, the City and Sewerage and Water Board have reached a final settlement for Hurricane Katrina-related damage to New Orleans’ roads and subsurface infrastructure. In total, this $1.2 billion lump sum settlement in previously unobligated recovery funds brings the total to over $2 billion in new funding for infrastructure repairs secured since we took office in May 2010. After working closely with FEMA for the last five years, we have successfully secured a major down payment to repair our city’s aging infrastructure. Throughout this effort, FEMA has been a valued partner in our recovery and we thank them for their continued commitment. With this lump sum settlement, we will be able to make significant progress repairing the outstanding damage left by Hurricane Katrina to our neighborhood roads, while at the same time making our city stronger and more resilient.”

“Ten years into the recovery, the Obama Administration continues to work side-by-side with state and local partners to finish the job of rebuilding and making New Orleans stronger and safer than ever before,” FEMA Administrator Craig Fugate said. “Mayor Landrieu’s leadership has been critical in making this happen and we commend his hard work to advance the recovery of this great city.  I and FEMA look forward to building upon this progress with Governor-elect Edwards, members of Congress, volunteer organizations, the private sector, and communities all across the Gulf Coast.”

After taking office in May 2010, Mayor Landrieu hit the reset button on the City’s negotiations with the federal government on Hurricane Katrina-related damage. Since then, the City has met with FEMA over 825 times producing $949 million more in new funding to rebuild and repair public facilities and streets. So far, the City has completed 247 road projects totaling $342 million and resulting in 111 miles of new roads.

Under this agreement, FEMA has approved a $1,287,364,867 lump sum settlement and agreed to the amounts detailed below as capped grants.

To date, FEMA has approved $409,237,093 in public assistance funds to the City of New Orleans for disaster-eligible road and drainage repairs. FEMA has determined that an additional $1,120,882,769 is eligible and will be provided as a capped sub-grant. Funding from the $409,237,093 may be included in the capped sub-grant for any projects where construction has not yet begun.

Sewerage and Water Board of New Orleans

To date, FEMA has approved $375,660,835 in public assistance funds to S&WB for water, sewer and drainage repairs. FEMA has determined that an additional $128,986,034 is eligible and will be provided as a capped sub-grant. Funding from the $375,660,835 may be included for any projects where construction has not yet begun.

As part of this settlement agreement, FEMA has also agreed to allow the State to submit a final request for an updated Hazard Mitigation Grant Program (HMGP) lock-in ceiling amount. The last announcement of the recalculation of HMGP funds for Hurricane Katrina for the State of Louisiana was done in November of 2011.

Cedric Grant, Executive Director of S&WB, said, “Hurricane Katrina left profound impacts on our city’s roadways and subsurface infrastructure. Today’s announcement is a significant step forward in New Orleans’ recovery to not just repair the damage left by the storm, but to harden our infrastructure so that it is stronger and more resilient. Since Mayor Landrieu took office, we have worked day and night to secure this lump sum settlement. I want to commend the men and women of the City and Sewerage and Water Board who have worked so diligently to achieve this success and thank FEMA for continuing to be a committed partner in New Orleans’ recovery.”

U.S. Representative Cedric Richmond said, “This settlement is an important step towards repairing roads and infrastructure in New Orleans that were damaged by the storm. After long negotiations and hard work by partners on the local, state, and federal levels, the city now has valuable resources to improve the crumbling roads in neighborhoods across the city. This is a big victory that should lead to lasting improvements to the infrastructure of New Orleans.”

U.S. Representative Steve Scalise said, “This agreement is an important victory for the people of New Orleans. The city’s transportation infrastructure and drainage systems have still not been fully restored from the devastating effects of Hurricane Katrina, and upgrades to the lingering repairs are long overdue. I am pleased that FEMA and the City of New Orleans have finally reached an agreement so that these funds can be used to continue our hard-fought recovery and the tremendous strides we have made since Katrina’s landfall. I applaud the good work and continued the commitment of our congressional delegation and state and local leaders for making this settlement happen. This is another vital step forward in making our recovery complete.”

U.S. Representative Garret Graves said, “The announcement today is important closure to an awful tragedy. This resolution will provide $1.2 billion for damages to roads, water systems and drainage damaged from a years-old hurricane. We look forward to the continued recovery and improved resilience of our great city.”