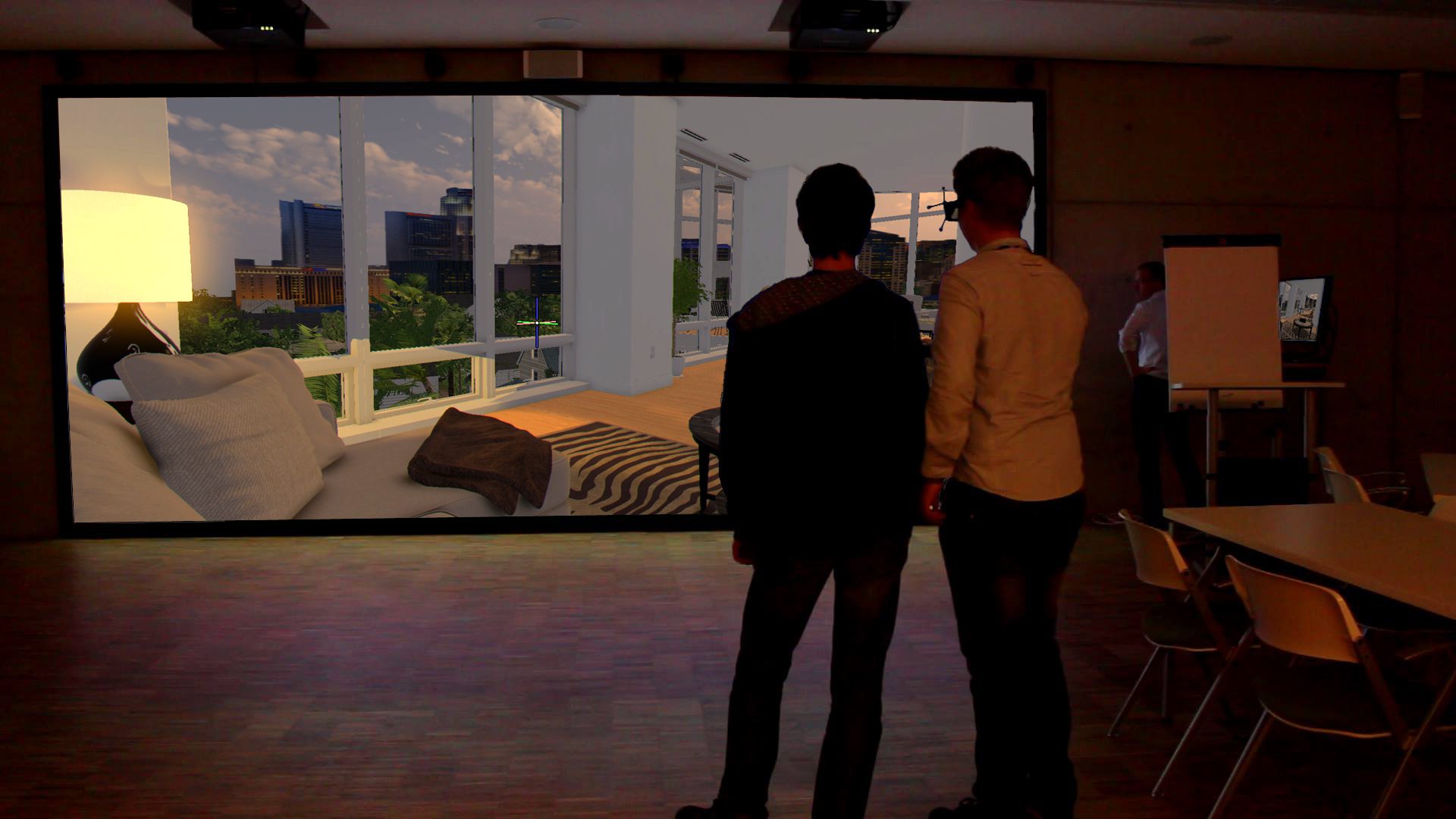 Technologiewerkstatt chose Virtalis VR technology when it won a competition jointly supported by the EU and the region of Baden-Württemberg for a facility that would help grow and support the region’s local economy.

Based in Albstadt, Technologiewerkstatt’s mission is to bring digital technologies, such as Virtual and Augmented Reality, 3D printing and app programming to local industry and education. Technologiewerkstatt has recently installed a fully tracked Virtalis ActiveWall with Virtalis’ VR software, Visionary Render.

Technologiewerkstatt’s innovation manager, Daniel Spitzbarth, explained: “We’ll be an incubator for start-ups, bringing technology to our many SMEs, and supporting them with planning and implementation of innovation projects. Our future approach is to collaborate with schools using digital technologies, too. In total, there are different centres in our region of Baden-Württemberg, but our technological offering makes us unique. With support from the local University of Applied Sciences, we decided to go for a digital focus with a special emphasis on the textile and mechanical industry, for which this area is so well known. We will also provide support to Tier One suppliers to the automotive and pharmaceutical industries and we aim to act as a bridge between research and industry, helping companies to take advantage of virtual prototyping, virtual design reviews and virtual assembly rehearsals.”

Although Technologiewerkstatt has only been open for a few weeks, it has already engaged with the local community by building a virtual model of the town centre of Albstadt, which is poised to undergo a radical transformation. Three thousand townspeople were immersed in ideas for future Albstadt and have given their feedback on Technologiewerkstatt’s opening day. After the success of this opening event, Technologiewerkstatt is planning a series of engagement events for local businesses, so they can see how the same CAD data can be deployed by Augmented and Virtual Reality and 3D printing.

“Virtalis Visionary Render makes VR usable for any CAD reliant company”, said Herr Spitzbarth. “Already, those that have seen our system have been impressed by its 6.5 metre wide screen which allows us to show content at 1:1 scale. People have been amazed that the same data can be shown in different ways, so that Albstadt was shown in different scenarios. VR brings things to life and, thanks to the tracking, enables exploration and innovation.”