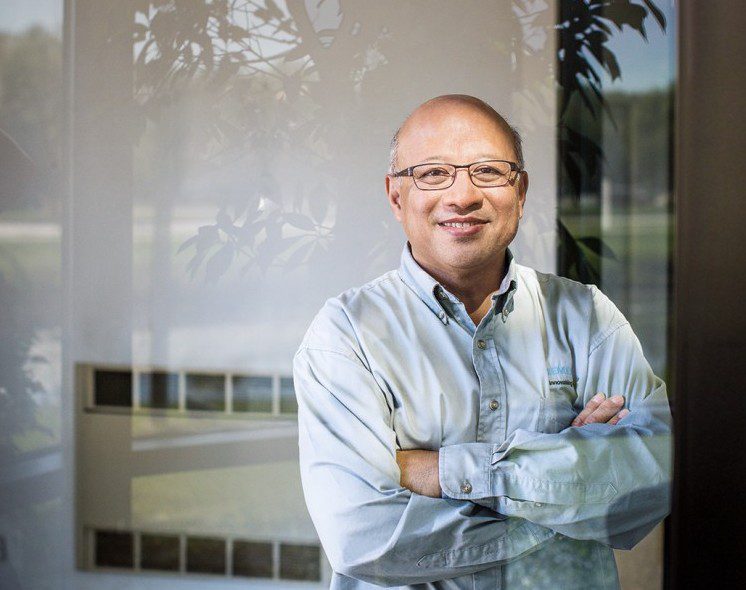 Dr. Songkakul, who at Building Technologies in the United States, has just been honored as a “Siemens Inventor of the Year” for his creative achievements. Dr. Pornsak Songkakul‘s software unites building automation and IT management, pushing down the cost of cooling server rooms. Siemens has been presenting the Inventors of the Year Awards annually since 1995 to honor the organization’s outstanding researchers and developers whose inventions make major contributions to the company’s success.

The greater the volume of data a server processes, the more heat it generates. That is why data centers consume a lot of energy to keep their operating rooms cool. Now, an invention by Dr. Pornsak Songkakul (57) can determine at precisely which server racks the ambient temperature is already elevated. Then the server management system is advised to automatically transfer new computing loads to servers located in the area where the ambient temperature is deemed most suitable to handle new heating load. This smart building automation technology can reduce the enormous amount of energy consumed by data centers. The inventor Songkakul works at Siemens Building Technologies in Buffalo Grove, Illinois, USA.

A special relationship to heat

Dr. Pornsak Songkakul has a special relationship to heat. Born in tropical Thailand, for a long time he has been fascinated with ways to manage heat and thermal load in buildings. That is why he headed to a leading Texas university to pursue his master’s and doctorate in energy efficiency and control technologies. At Siemens Building Technologies in Buffalo Grove, Illinois, Songkakul is now applying innovations to develop products that can effectively manage heat load in buildings.

Computers and servers, which emit a lot of heat when in operation, are in particular need of a cool location if they are to function reliably – and the greater the computing load on a server, the more heat it generates. But air conditioning for buildings and the management of servers are two entirely separate worlds. The temperature in a server room has to be lowered completely when operation of the computers causes the ambient temperature to rise. “That’s not very efficient,” says Songkakul. Since improving things is not only his job, but also his passion, he invented special techniques that enable these two separate worlds to join forces, share information and work optimally side-by-side.

Songkakul is a product developer who takes every opportunity to talk to the operators of buildings deploying Siemens building technology. One of the things data center operators often complain about is their very high levels of energy consumption. Indeed, the some 4.2 million data centers currently installed worldwide account for around two percent of global energy consumption, and the cooling of server rooms makes up a good part of that.

Songkakul’s idea is quite simple: distribute the computing load among the servers in such a way as to keep the generation of heat uniform. Sensors measure the temperature at multiple locations in the server rooms, even directly at the racks. The building automation system then uses the patented techniques to calculate which computer server racks are in the cool area and passes this data on to the server management system, which subsequently assigns automatically new computing loads to those racks. His patents are among the first to address interfaces between the building automation system and the server management system.

The patented techniques will be offered to data center customers in the very near future and he reckons they will increase reliability of server operation while at the same time reduce energy costs. The amount of the energy reduction will depend heavily on the size and the age of the data centers. He has been working for Siemens for 21 years, during which time he has registered 22 inventions and filed 41 individual patents, protected in 24 patent families. His experience earns him a lot of respect at the company. He is member of an innovation team, which comprises about five people, and whose task it is to assess and promote ideas from colleagues. “The innovation team assists colleagues in how best to win over management,” explains Songkakul. His own creativity draws on many different sources. “Some improvements simply present themselves when I am working on a product; sometimes I get ideas when talking to colleagues. Speaking to customers is of crucial importance.”

Although Songkakul now spends most of his time developing new products, he still cannot curb his enthusiasm for an old mechanical invention: the sewing machine. An ancient pedal operated Singer sewing machine used to be in constant use in his family home in Bangkok. “It still fascinates me how precisely the machine functions,” says Songkakul. Although he knows how to sew, he no longer finds time for it. In the little spare time he has, he tries to stay in shape: he plays tennis with his wife and goes bike-riding at weekends. He has two children: his son is already working full time and his daughter is still pursuing a college degree. Once a year, Songkakul visits his home town of Bangkok and enjoys not only seeing his relatives – but also experiencing the heat.

For more information about the Inventors of the Year 2015, please see www.siemens.com/press