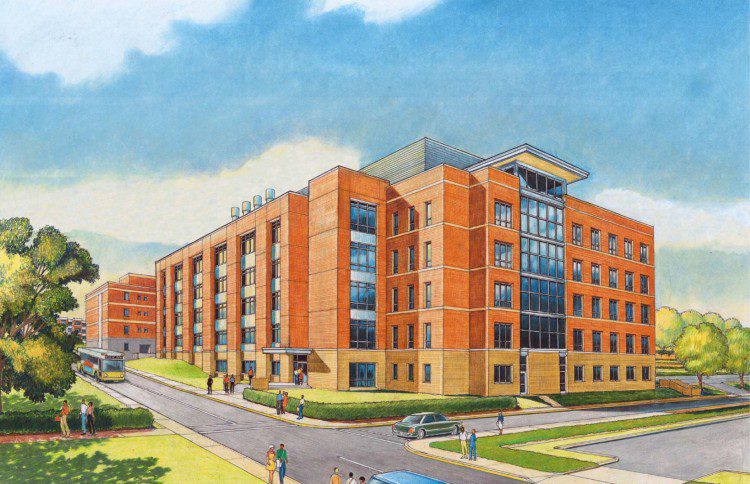 “After years of working together on FAMU’s campus, Skanska continues to build facilities with cutting edge technology allowing FAMU to continue to develop the latest innovations in the pharmacy industry, while fostering the minds of the next generation of scientists,” said Fred Hames, executive vice president and general manager at Skanska USA Building in Florida.  “FAMU is another example of how higher education is being elevated in Florida.”

Completion of the pharmacy building project is expected in June 2016.  Clemons, Rutherford & Associates, Inc. is leading the project’s design.

Across Florida, Skanska is working with a number of the state’s largest academic institutions on major renovations and expansions, including: the $225 million expansion of UF Health Shands’ Cardiovascular and Neuroscience Hospital in Gainesville, as well as the recently delivered award-winning construction projects Florida Polytechnic University in Lakeland and the University of Miami’s Frost Music Studios in Miami, Florida.

Skanska USA is one of the largest, most financially sound construction and development companies in the U.S., serving a broad range of clients including those in transportation, power, industrial, water/wastewater, healthcare, education, sports, data centers, government, aviation and commercial.  Headquartered in New York with offices in 34 metro areas, we have more than 10,000 employees committed to being leaders in safety, project execution, sustainability, ethics and people development. In 2014, our work in building construction, civil and power/industrial construction, commercial development and infrastructure development (public-private partnerships) generated $7.3 billion in revenue.  Global revenue of parent company Skanska AB, headquartered in Stockholm and listed on the Stockholm Stock Exchange, totaled $21 billion in 2014. Skanska shares are publicly traded in the U.S. on the OTC market under the symbol SKBSY through a Level I American Depository Receipt program.