/ Corporate / Scientists Create Carbon Substance That is Harder Than Diamond

Scientists Create Carbon Substance That is Harder Than Diamond 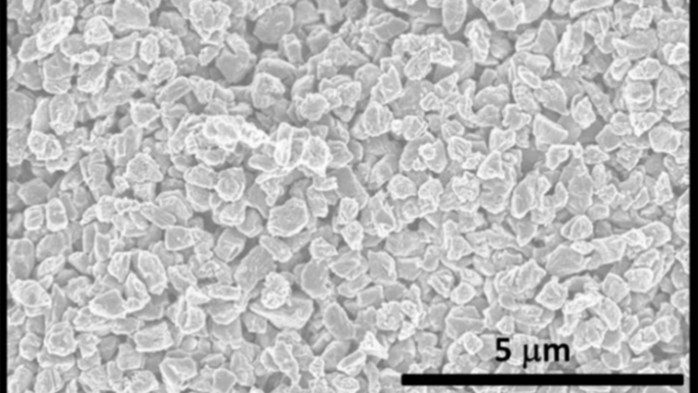 Researchers from North Carolina State University have discovered a new phase of solid carbon, called Q-carbon, which is distinct from the known phases of graphite and diamond. They have also developed a technique for using Q-carbon to make diamond-related structures at room temperature and at ambient atmospheric pressure in air.

Phases are distinct forms of the same material. Graphite is one of the solid phases of carbon; diamond is another.

“We’ve now created a third solid phase of carbon,” says Jay Narayan, the John C. Fan Distinguished Chair Professor of Materials Science and Engineering at NC State and lead author of three papers describing the work. “The only place it may be found in the natural world would be possibly in the core of some planets.”

Q-carbon has some unusual characteristics. For one thing, it is ferromagnetic – which other solid forms of carbon are not.

“We didn’t even think that was possible,” Narayan says.

In addition, Q-carbon is harder than diamond, and glows when exposed to even low levels of energy.

But Q-carbon can also be used to create a variety of single-crystal diamond objects. To understand that, you have to understand the process for creating Q-carbon.

Researchers start with a substrate, such as such as sapphire, glass or a plastic polymer. The substrate is then coated with amorphous carbon – elemental carbon that, unlike graphite or diamond, does not have a regular, well-defined crystalline structure. The carbon is then hit with a single laser pulse lasting approximately 200 nanoseconds. During this pulse, the temperature of the carbon is raised to 4,000 Kelvin (or around 3,727 degrees Celsius) and then rapidly cooled. This operation takes place at one atmosphere – the same pressure as the surrounding air.

The end result is a film of Q-carbon, and researchers can control the process to make films between 20 nanometers and 500 nanometers thick.

By using different substrates and changing the duration of the laser pulse, the researchers can also control how quickly the carbon cools. By changing the rate of cooling, they are able to create diamond structures within the Q-carbon.

“We can create diamond nanoneedles or microneedles, nanodots, or large-area diamond films, with applications for drug delivery, industrial processes and for creating high-temperature switches and power electronics,” Narayan says. “These diamond objects have a single-crystalline structure, making them stronger than polycrystalline materials. And it is all done at room temperature and at ambient atmosphere – we’re basically using a laser like the ones used for laser eye surgery. So, not only does this allow us to develop new applications, but the process itself is relatively inexpensive.”

And, if researchers want to convert more of the Q-carbon to diamond, they can simply repeat the laser-pulse/cooling process.

If Q-carbon is harder than diamond, why would someone want to make diamond nanodots instead of Q-carbon ones? Because we still have a lot to learn about this new material.

“We can make Q-carbon films, and we’re learning its properties, but we are still in the early stages of understanding how to manipulate it,” Narayan says. “We know a lot about diamond, so we can make diamond nanodots. We don’t yet know how to make Q-carbon nanodots or microneedles. That’s something we’re working on.”

The work is described in two papers, both of which were co-authored by NC State Ph.D. student Anagh Bhaumik. “Novel Phase of Carbon, Ferromagnetism and Conversion into Diamond” was published online Dec. 2 in the Journal of Applied Physics. “Direct conversion of amorphous carbon into diamond at ambient pressures and temperatures in air” was published Oct. 7 in the journal APL Materials. The work was supported in part by the National Science Foundation, under grant number DMR-1304607.