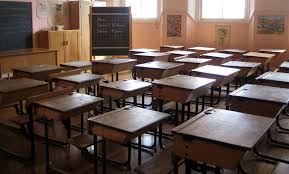 Washington, Dec. 6, 2015—It has been nearly 30 years since passage of the Asbestos Hazard Emergency Response Act (AHERA), the law that is supposed to protect students, teachers and staff from the hazards of asbestos in school buildings. But in a new report released today by Senator Edward J. Markey (D-Mass.), it is clear that little is known about the extent of asbestos hazards in schools, and monitoring, investigation or remediation of asbestos hazards is woefully insufficient.

Senator Markey, top Democrat on the Subcommittee on Superfund, Waste Management and Regulatory Oversight, today released the report, “Failing the Grade: Asbestos in America’s Schools” based on an investigation he launched with Senator Barbara Boxer (D-Calif.) that queried all 50 states on the management of asbestos hazards in school buildings. The report, based on responses from 20 states, reveals that even basic information such as how many schools continue to contain asbestos-containing materials is often either unknown or unreported.

“What you don’t know can hurt you when it comes to asbestos in America’s schools,” said Senator Markey. “We know so little about current asbestos hazards in our schools, and what we do know indicates we have a widespread problem in addressing this toxic threat. Decades of inaction have put students and teachers at risk of asbestos exposure. We need to enact legislation that arms consumers with information about where asbestos can be found so they can avoid exposure, and create a more systemic and dedicated commitment to removing it from schools.”

A copy of the report, “Failing the Grade: Asbestos in America’s Schools” can be found HERE.

More than two-thirds of state education agencies reported having schools that contain asbestos, most of which is also unabated.

The majority of states responding were unable even to tally complaints and tips of alleged violations.

A majority of responding states were unable to outline a clear inspection or audit schedule for schools, and only three of the responding states indicated that each school district is audited or inspected periodically.

Of the 3,690 school districts that include schools containing asbestos, only 288 are reported to be subject to periodic inspections.

A majority of states responding were unable to provide data on the frequency of reporting of asbestos-related information about schools to the state or to parents.

Five states responded that there is no asbestos-related information about schools reported to the Environmental Protection Agency (EPA), or that there are no requirements for the state to communication with the EPA about AHERA.

In August, Senator Markey and Dick Durbin (D-Ill.) were successful in getting Amazon, DollarTree, ToysRUs and Party City to immediately stop the sale of children’s products containing asbestos after they called on the companies to stop sales when a report detailed the presence of asbestos due to contaminated talc in crayon sets and toy fingerprint kits.

In March, Senators Durbin and Markey introduced The Reducing Exposure to Asbestos Database (READ) Act, legislation that will help Americans avoid exposure to the potentially deadly substance by increasing the amount of information available to the public about where it is found.