/ Bridges / The Bridges of Placer County: They all have a story

The Bridges of Placer County: They all have a story 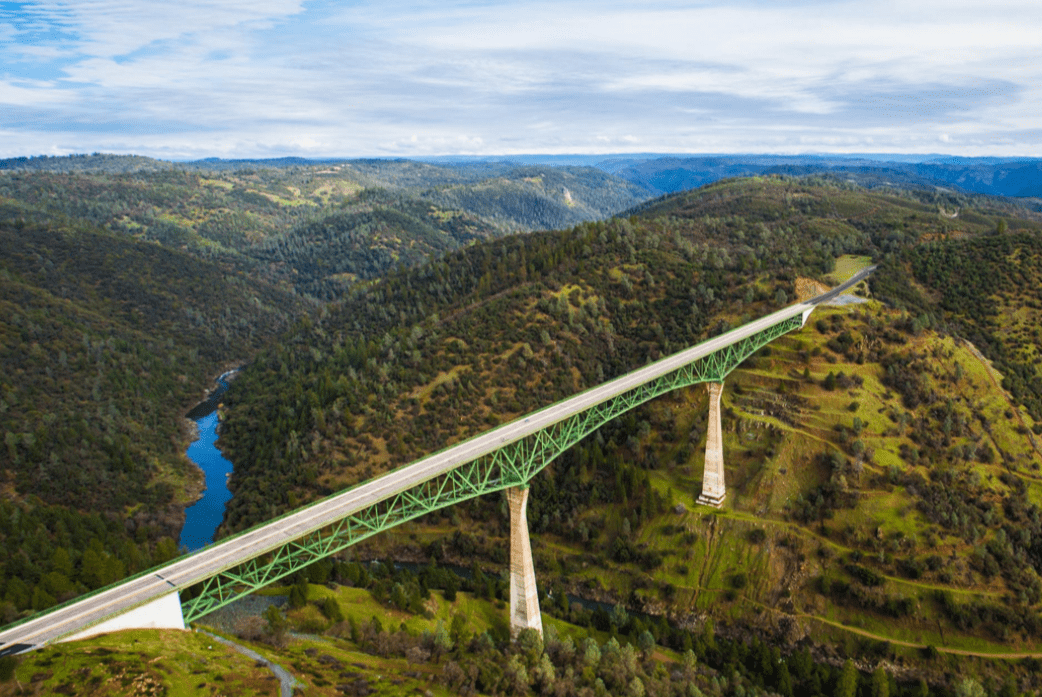 For decades, cars, trucks, people, bikes and motorcycles have traveled the 117 bridges that are Placer County’s responsibility. From the iconic Foresthill Bridge standing 730 feet over the American river, to the simple, single-lane bridge over Yankee Slough on Dowd Road in rural western Placer County, they have a history.

While there are different reasons behind why the bridges were built, how they were built and their sometimes changing uses, they all have a common thread: engineers in the county’s Department of Public Works and Facilities keep a watchful eye on the structures and when warranted, add them to the list of bridges needing replacement or rehabilitation.

To ensure the county’s roadways are safe for all who use them, the county is continually prioritizing projects to replace or retrofit worn structures. With an average planned lifespan of about 100 years, many bridges are reaching, or have reached, the end of their planned service life. While that doesn’t mean they are unsafe or can’t continue to serve their purpose, it does mean that many of them are overdue for major overhauls – and at nearly the same time. In the last decade, 15 county bridges have been replaced and one was retrofitted. Projects to do similar work to another 14 are either underway or are in the planning stages.

Another commonality for the county’s bridges is how replacement and upgrade projects are funded. The 29 projects mentioned above have a combined cost of $220 million. Of that amount, 92 percent, or $202 million, is from state and federal funding. The county has parlayed about $18 million of local taxpayer money into $220 million worth of public works projects.

Jurisdictions typically use a 100-year bridge lifespan as the benchmark for bridge replacement and rehabilitation. Given the state’s aging infrastructure, for all bridges to meet the 100-year standard, the Federal Highway Administration estimates that about $1 billion a year is needed. The federal government’s annual allotment to California for bridge work is $300 million. While there is competition for funding, the county is judicious in applying for state and federal funding, focusing on those projects that are likely to secure funding.

Click the following link to view this visual story:BRIDGES