/ Profile / Change Leader: Advocating for a Bottom-Line Focus on Infrastructure

Change Leader: Advocating for a Bottom-Line Focus on Infrastructure 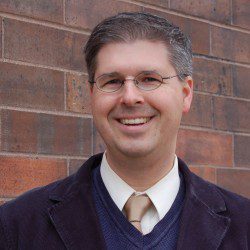 Charles Marohn, the founder of Strong Towns, is a licensed professional engineer in Minnesota and a member of the American Institute of Certified Planners. After obtaining his engineering degree, Marohn enjoyed the work but quickly became frustrated by how projects were executed and, more importantly, financed. He went back to school for a planning degree with the hope of correcting the process from the start.

After being a planner in his own firm for some years, he became frustrated enough to get his thoughts “out there” via blog writing. Strong Towns became an offshoot of such writing, which highlights how infrastructure projects can be poorly planned, designed and maintained. The organization continues to advocate for a new approach and spreads the word through writing, podcasts and speaking engagements across the United States.

One of the key issues defined by Strong Towns is the hierarchical design of road networks, where smaller streets pour into larger streets, creating a system that artificially manufactures as much congestion as possible. This road configuration dates back more than 80 years and has proven to be a poor design, but every community continues the pattern because “that’s the way we’ve always done it.”

“Once you liberate yourself from, ‘this is the way we do things,’ then you question it all,” says Marohn. “I used to accept the notion that someone must know more than me. When you realize that so much of the way we do things is inertia, then it frees you to question a lot of dogma.”

Almost every city in the United States has ongoing budget issues further aggravated by the high cost of having to maintain auto-based infrastructure. The older infrastructure doesn’t wear well and is beginning to fail.

“There is a coalescing of people into one or two modes of living,” says Marohn. “One is the traditional downtown with walkable neighborhoods in what planners like to call a mixed-use environment. The other would be a hyper suburb of elite wealthy people who put a firewall around themselves and stop the decline that way. That leaves a huge swath of America, the majority of what we have built, as financially frail and not viable for the long term.”

With Strong Towns, the effort is to expose this fragility and address it with policies that realign investments around long-term solvency.

One of the more-interesting aspects of the Strong Towns message is its wide appeal among both sides of the political spectrum.

“We didn’t set out to be non-political and non-partisan, we just kind of were,” adds Marohn. “We’ve found that there really isn’t a political boundary that keeps you from being a Strong Towns advocate—it’s pretty universal.”

The Strong Towns Strength Test is a non-technical way for citizens to look at their city and understand what it means to be strong. The 10 steps in the test help a city decide if it’s doing well or if management practices need to change.

“The No. 1 test is to ask whether you see more people in your core downtown at noon than you see cars,” adds Marohn. “If the answer to that is yes, then you’re doing something right. If the answer is no, then you have some serious questions to ask yourself.”

One of the terms and concepts growing in importance is “anti-fragile,” which comes from Nassim Taleb’s book, “The Black Swan,” and relates to the constant stresses that build the strength of a city incrementally with a bottom-up approach that factors in long-term outcomes.

“A key component of a Strong Towns approach is that you need to stay humble and build incrementally,” says Marohn. “We can use these fantastic tools over time to understand what the little changes are culminating into and be able to adjust our approach incrementally over time.”

Strong Towns has worked on planning projects and collaborated with Urban3 to analyze cities and their economic health and drivers. This parcel-by-parcel analysis of the economic value of plots and neighborhoods exposes where a city is obligated to spend more money than it’s going to bring in.

The analysis creates a greater awareness of a community’s economic vitality, and although software modeling tools and analytical approaches were the means to perform such in-depth analysis, Marohn has some reservations about the impact that software and technology can have on how we manage our towns.

“Having more technology gives us a false sense of confidence on the future,” says Marohn. “I’m excited to be able to analyze what we’re doing today. I just hope that it doesn’t shift us into a realm where we think we can be even more aggressive. If we’ve shown one thing, it’s that the more confident we are as humans that we think we know what we’re doing, the more likely we are to make monumental mistakes.”