Towards Low-carbon Steel Production in Finland 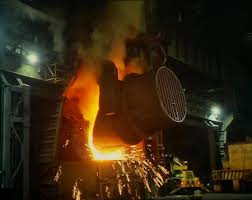 In his PhD thesis, Antti Arasto, Business Development Manager at VTT Technical Research Centre of Finland, conducted a comprehensive techno-economic assessment of the application of carbon dioxide capture and storage technology (CCS) in the steel industry. The dissertation shows that there are significant possibilities for the steel industry to reduce its carbon dioxide emissions.

In his thesis, Antti Arasto assessed two major carbon dioxide capture technologies, one of which is based on recycling waste gas in an oxygen blast furnace and the other on post-combustion carbon capture from flue gases. A full chain assessment of applications in the iron and steel industry was performed in order to screen technology options and build a development pathway to low carbon steelmaking for future carbon constrained world.

Both alternative technological solutions are very sensitive to a number of different cost factors. According to the results, the cost to the plant’s owner for an emission reduction equivalent to one ton of carbon dioxide is estimated to be in the range of EUR 40–70. An oxygen blast furnace process with flue gas recirculation was found to be slightly less costly than capturing carbon dioxide from the flue gas. However, the solution based on oxygen blast furnace requires greater changes in the process environment than the post combustion capture option.

“It is possible to reduce the plant’s direct carbon dioxide emissions significantly by means of the two technological solutions analysed in this thesis. The volumes are meaningful in terms of their impact on climate change. However, application of either technological solution requires that the market price of carbon dioxide emissions increases to a level reflecting the costs referred to above. In other words, the cost-competitiveness of both solutions will improve if a binding agreement is reached at the Paris Climate Conference which puts a higher price on emissions and, thus, forces operators to reduce their carbon dioxide emissions – a fact which, on the other hand, increases the risk of carbon leakage to countries with more relaxed emissions regimes”, says Antti Arasto.

According to Arasto, the introduction of these technologies would enable achieving up to 4% of the reduction targets slated by the EU for the Paris Climate Conference negotiations (INDC – Intended nationally determined contribution) and approximately 9% of the European Union’s ETS share.

Steel industry as a source of carbon dioxide emissions

There are several methods to reduce carbon dioxide emissions from the steel industry, e.g. improved energy-efficiency, bio-based reducing agents, use of hydrogen as reducing agent and CCS technology. Not all of them, however, can be applied to conventional blast furnace based steelmaking route, which is the most widely used production route of virgin steel. All these options have their benefits and disadvantages, and e.g. certain advanced reduction processes considered to have great inherent potential are still in the early stages of development. This means that, for the time being, CCS technology is one of the few options available for significantly reducing the steel industry’s carbon dioxide emissions in the short and medium term, given the current production environment.

The implementation of CCS technology solutions in Finland requires transporting carbon dioxide outside Finland, because no geological formations suitable for long-term storage have been discovered in Finnish bedrock. The most promising storage locations are situated in the North Sea and in the Barents Sea.

Antti Arasto, MSc (Tech), will defend his dissertation “Techno-economic Evaluation of Significant CO2 Emission Reductions in the Iron and Steel Industry with CCS” at Aalto University on 27 November 2015 at 12:00.