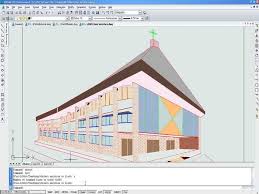 Autodesk had filed suit before The Hague in the Netherlands on February 19, 2014 (Case No.C/09/460412 / KG ZA 14-178) and in the U.S. District Court for the Northern District of California on March 26, 2014 (Case No.14-cv-1409-EJD). In these lawsuits, Autodesk alleged that the AutoCAD source code had been misappropriated and improperly used when developing ZWCAD+.

Although it initially denied the allegations, ZWSoft’s subsequent investigation revealed that an employee had, in fact, improperly used AutoCAD intellectual property when developing ZWCAD+ and concealed it from ZWSoft’s management team. ZWSoft and Autodesk worked closely to assess and remedy the inappropriate use of Autodesk’s intellectual property. Upon learning these facts, ZWSoft stopped selling ZWCAD+ in all markets.

On behalf of ZWSoft, ZWSoft’s CEO, Truman Du, has apologized for ZWSoft’s use of Autodesk’s intellectual property. According to Mr. Du: “We respect every company’s IP very much, and we do not condone these behaviors at ZWSoft. We have stopped selling ZWCAD+ in all markets, and we retract all prior statements suggesting that Autodesk’s lawsuits lack merit and were brought for anti-competitive purposes. We sincerely apologize to Autodesk for the inconvenience that our actions have caused.” Mr. Du added: “We appreciate very much Autodesk’s professionalism and understanding during the investigation, as well as its encouragement of fair competition. We will enhance our internal management to prevent any intellectual property infringement in the future by instituting additional development safeguards.”

The parties have entered into a binding settlement to resolve their pending lawsuits. Autodesk’s Senior Vice President for the Asia Pacific Region, Patrick Williams, explained: “We appreciate ZWSoft’s openness and assistance with our investigation into the use of our intellectual property, and we are grateful for ZWSoft’s cooperation in resolving this matter amicably. With ZWSoft’s release of its ZWCAD Classic product and continued product development, we look forward to continued and robust competition in the marketplace.”

End users who purchased ZWCAD+ may contact ZWSoft for a free replacement version of ZWCAD Classic.

Over the past several months, ZWSoft has devoted significant engineering resources on a new version. The new version, ZWCAD 2017, is expected to be released in the spring of 2016.