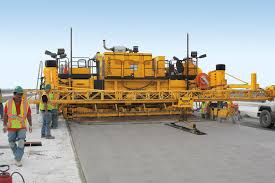 Dover—DelDOT announced today construction is set to commence in January on the new U.S. 301 toll road in southern New Castle County following a successful bidding process that selected Tutor Perini Corp.’s Cherry Hill Construction subsidiary as the low bidder on the first major phase of the project. In awarding the $69.842 million contract today, DelDOT said it expects to complete final financing for the entire approximately $470 million construction project, including closing on a direct, federally-backed loan from the U.S. Department of Transportation not to exceed $211.35 million under the Transportation Infrastructure Finance and Innovation Act (TIFIA), and the initiation of approximately $240 million public offering of toll-backed revenue bonds.

A second major construction contract to build the longest segment of the toll road – a 4.5 mile stretch from the new Levels Road Interchange to where the new highway crosses over existing U.S. 301 – is expected to be awarded within the next couple of weeks. The almost $100 million contract would be the largest award of the entire project. DelDOT will be soliciting bids for additional contracts needed to build the road through the end of year and into next year.

As the start of construction nears on the long-planned project, DelDOT will convene a Construction Information Meeting December 9 at the Middletown Fire Hall at 27 West Green Street from 4:00 to 7:00 p.m. The purpose of the meeting will be to discuss the various phases and impacts of the construction project throughout its expected three-year duration. Additional information on the workshop will be provided in the coming days.

Governor Jack Markell said, “The start of construction on U.S. 301 means we can look forward to much improved traffic conditions between Delaware Rt. 1 and U.S. 50 going to and from Delaware and the Baltimore / Washington, DC area. It brings the opportunity to create thousands of jobs through construction and by providing the infrastructure to boost economic development in southern New Castle County.”

DelDOT Secretary Jennifer Cohan said, “Delaware has contemplated the construction of a new, limited-access U.S. 301 for many years due to increasing traffic pressure and safety concerns in southern New Castle County. As we take the final steps necessary to begin construction, I am grateful for the assistance and support this project has received from the U.S. Department of Transportation, Delaware’s Congressional delegation, Governor Markell, the Delaware General Assembly, New Castle County, and the town of Middletown. I look forward to the day in the near future when we will join together and break ground on this important transformational transportation project.”