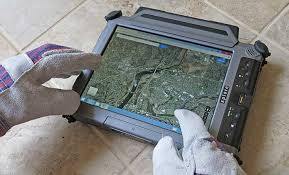 “We are thrilled by the better than expected and record revenue for the quarter and the fiscal first half,” said Philip S. Sassower, chairman and chief executive officer for Xplore. “Even more importantly, we are very pleased that Xplore was able to generate a bottom line profit in the second quarter as our integration efforts with respect to the Motion Acquisition are proceeding ahead of schedule. We are very focused on the bottom line and we continue to work on delivering additional integration benefits.”

“We are very pleased with the continued improvement of Xplore’s success in our 2016 fiscal year with the favorable results for this quarter,” said Mark Holleran, president and chief operating officer for Xplore. “Pent up demand for certain products resulted in better than expected revenue, during what has traditionally been a slow quarter for us. The market place is strong and we are seeing success with expanding the offering of our products through multiple sales channels.”

Xplore will hold a conference call today at 4:30 p.m. ET to discuss its financial results for the second quarter ended September 30, 2015. Interested parties can access the call from the United States by dialing 877-269-7756, from outside the United States by dialing 201-689-7817 or anyone can listen via a live Internet webcast at http://www.investorcalendar.com/IC/CEPage.asp?ID=174343.

Established in 1996, Xplore Technologies Corp. is the number two provider of rugged tablet computers worldwide. With its recent acquisition of the Motion product line, the company now has the broadest range of purpose-built tablets for a variety of industries including energy, utilities, telecommunications, military operations, manufacturing, distribution, public services, public safety, healthcare, government and other areas with hazardous work conditions. The company’s tablets are among the most powerful and longest lasting in their class – able to withstand nearly any hazardous condition or environmental extreme. Xplore’s products are sold and serviced on a global basis across the Americas, Europe, Middle East, Africa, and Asia Pacific regions. For more information, visit the Xplore Technologies website at www.xploretech.com.

This news release contains forward-looking statements that involve risks and uncertainties, which may cause actual results to differ materially from the statements made. When used in this document, the words “may”, “would”, “could”, “will”, “intend”, “plan”, “anticipate”, “believe”, “estimate”, “expect” and similar expressions are intended to identify forward-looking statements. Such statements reflect Xplore’s current views with respect to future events and are subject to risks and uncertainties. Many factors could cause actual results to differ materially from the statements made including those factors listed from time to time in filings made by Xplore with securities regulatory authorities under the heading “Risk Factors”. Should one or more of these risks or uncertainties materialize, or should assumptions underlying the forward looking statements prove incorrect, actual results may vary materially from those described herein as intended, planned, anticipated or expected. Xplore does not intend and does not assume any obligation to update these forward-looking statements.