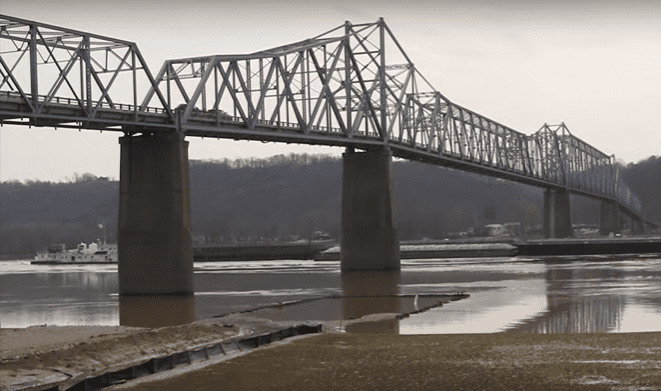 Construction of the Milton-Madison Bridge has reached completion. Painting was finished this past week and all traffic controls have been removed.  The only thing left to do is restripe the pavement and conduct minor corrective work.

Ground was broken for the project in late 2010. The new bridge made history in April of 2014 when the nearly half-mile structure became the longest bridge in North America to be slid into place. The new bridge replaces the original bridge which first opened to traffic in 1929. Because of the innovative bridge slide, traffic was maintained across the Ohio River between Madison, Indiana and Milton, Kentucky for all but 41 days of construction.

The Milton-Madison Bridge Project – a joint effort between the Indiana Department of Transportation and the Kentucky Transportation Cabinet – has received numerous awards. It recently received top honors for innovation by SASHTO, the Southern Association of State Highway and Transportation Officials.

A half-hour documentary has aired many times recently on Kentucky Educational Television (KET) on the building of the Milton-Madison Bridge.