/ Corporate / Smart Cities: Revolution in Every Area of Life

Smart Cities: Revolution in Every Area of Life 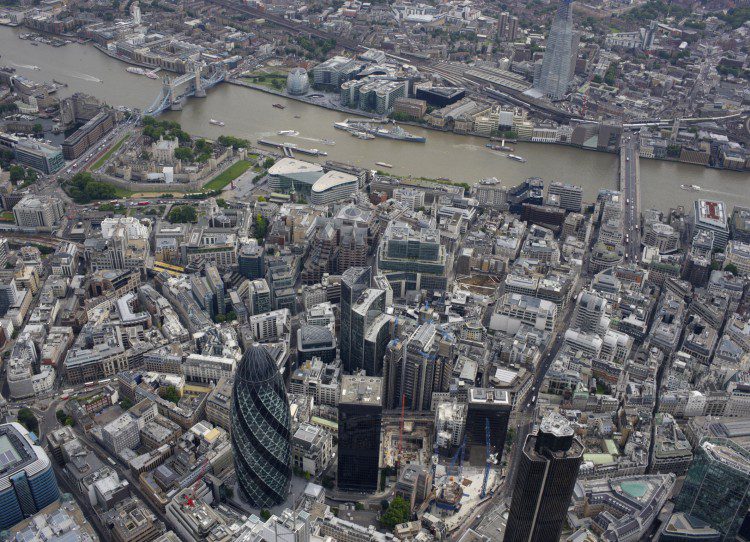 The current process of urbanization is reflected not only in housing shortages and sky-rocketing rents. European cities, in particular, were built based on 19th-century principles, and the individual supply systems are often viewed in isolation. The exploding population is rapidly driving cities to their limits with respect to energy supply, security, digital communication, transportation and traffic. The concept of the smart city provides one answer. Its primary mission is to distribute existing resources efficiently. Networking individual supply systems through technical solutions should enable cities to respond dynamically to temporary demands, thus preserving their functionality.

Urban space is especially vulnerable. Accidents, natural disasters or terrorist attacks and the resulting supply bottlenecks are even more severe in the face of dense populations, large numbers of people and an often overburdened transportation infrastructure. In addition, there is a clear correlation between the size of a city and its crime rate. 80 percent of recorded crimes occur in cities that account for a total of 50 percent of the world’s population. While that may be normal for tightly-packed urban areas, countermeasures are still needed to protect life and property as elementary freedoms and values.

The World Bank has estimated that, depending on the country, the total cost of crime can be as much as 25 percent of the gross domestic product (GDP). According to the European Commission, even the comparatively safe European Union spends at least five percent of its gross domestic product on costs resulting from crime and natural disasters. Such events have considerable consequences, not only for the persons directly affected but also for the community as a whole. Global value-creation chains and the war for talent pit not only economy against economy, but city against city. If city planners fail to guarantee safety, security, and supply, investors look elsewhere and highly qualified workers move to where they can expect the highest quality of life. To keep pace with global competition, cities have a vital interest in meeting these challenges. 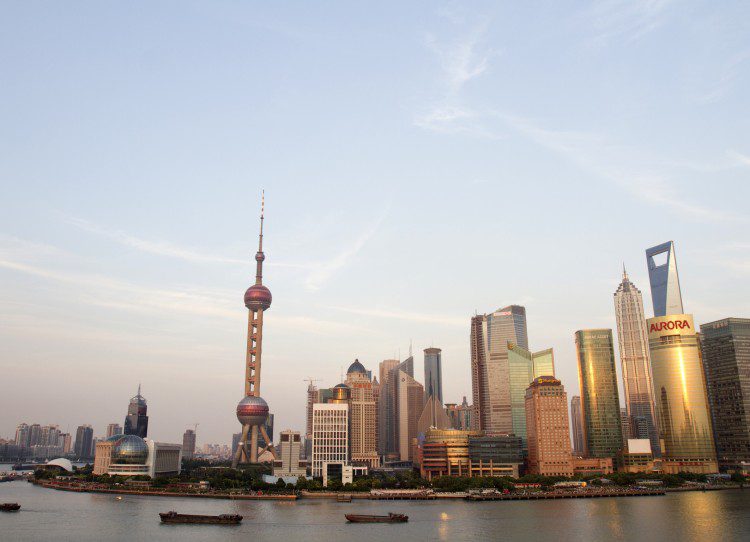 The concept of the smart city promises to improve the quality of public and private services through digital technologies. At the same time, the city’s costs and consumption of resources drop, which in turn raises the well-being of all. Seen in that light, every city, no matter how small or large, wants to be “smart.” But what does that really mean? What criteria need to be met? Among the most pressing issues large cities face are the constant rise in traffic, energy use and emissions, the security and safety of the population, a reliable high-speed network, and finally, how to finance it all.

In spite of everything, however, there is no consistent definition of what a smart city really is. Different companies and business media have named initial indices. But those indices are as different as night and day, and hence inadequate in order to compare individual locations and their “smart city” qualities with any transparency. That would require uniform key performance indicators (KPIs).

What the various indices do share, however, is the lack of a KPI for the degree of protection, security and resilience of a city. But a city that is not safe and secure cannot be smart. So the smart city approach must be seen more holistically. Comparable and transparent benchmarks must be created while at the same time taking into account elementary safety and security standards.

Investors and experts need transparent key performance indicators to be able to assess smart cities, although the cities themselves and other stakeholders, e.g., city administration, police, fire department and civil defense, also rely on standards. Only then will it be possible to make systematic progress. Initials results are already in evidence. The Focus Group on Smart Sustainable Cities of the International Telecommunication Union (ITU), a special UN organization, offers technical reports and specifications, such as in the areas of cyber security and data protection. In addition, a number of different KPIs have been defined to help rank smart cities in areas such as telecommunications. The ITU defines smart cities as follows: “A smart sustainable city is an innovative city that uses information and communication technologies (ICTs) and other means to improve quality of life, efficiency of urban operation and services, and competitiveness, while ensuring that it meets the needs of present and future generations with respect to economic, social and environmental aspects.”

Likewise at the international level, the International Standards Organization (ISO) has defined in ISO standard 37120 a total of 100 indicators for measuring city services and quality of life. 11 of them revolve around safety and security. This includes indicators that target security, fire safety and crisis management as well as water, energy and transportation. That makes ISO 37120 the only standard with KPIs appropriate for measuring the degree of security and safety in cities on a comparative basis. Approximately 250 cities in 80 countries are participating in the introduction of this standard, including London, Shanghai, Toronto and Rotterdam. To this end, they report metrics like the number of deaths due to fire per 100,000 inhabitants and the response time of the police and fire departments after the initial call. This makes it possible to indicate transparently and verifiably just how safe a city really is. 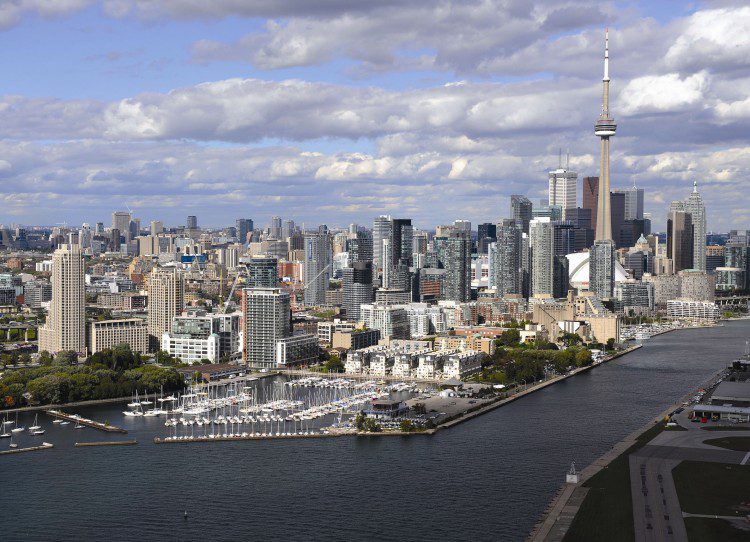 Safety and Security Form the Foundation

The city of the future needs smart, secure and resilient infrastructure solutions. Smart city efforts that concentrate solely on smart energy use don’t go far enough. Until now, safety, security and resilience have often been viewed as convenient side effects that need no separate planning. But quite the opposite is true. An urban community can only function properly if normal life can resume as quickly as possible after an incident, such as a major fire or terrorist attack. Ideally, however, such incidents should be prevented in the first place.

This requires intelligent linking of individual subsystems and taking advantage of the resulting benefits. Interoperable systems offer safety, security and stability for critical infrastructures such as airports and data centers. One essential component is the physical security of infrastructures and IT networks. Even the most sophisticated firewalls are of little use if the door to the server room lacks a reliable access control system.

Cities house not only important economic and intellectual resources such as universities, public buildings, offices and production facilities, but also transportation networks and critical infrastructures. In light of the ever increasing role of IT in providing urban services, the protection of this “virtual backbone” is becoming more and more critical.

In most cases, safeguarding critical infrastructures does not require reinventing the wheel. From security solutions in data centers and video surveillance to intelligent crowd evacuation, the security industry already has countless solutions in place. The task is to logically embed these solutions in a “smart city” context. This requires integrating a variety of systems – communication, automatic alarm, information and video surveillance systems – into a central command and control platform to ensure comprehensive and consistent incident response. Therein lies the heart of a smart, safe city.

Implementing these security standards requires engaging all the stakeholders – from community administrations to NGOs and standards committees – in order to create policies that not only motivate their implementation but also set transparent international standards. ISO 37120 and the technical reports and specifications of the ITU are a good place to start. Weak points and possible countermeasures need to be defined and costs calculated. At the same time, we should not lose sight of the fact that the resilience of cities tends to be greatly overestimated and that in the end, technology is not the solution for everything. Committed citizens and efficient intervention forces are and will remain crucial for the security and safety of a city.

Cities have a fundamental self-interest in transparent and comparable smart city structures because safe and secure urban environments are especially attractive in the global competition for real and human capital. Often, even cities that see themselves as smart don’t adequately address the issue of safety and security. Therefore, one of the main responsibilities of politics is to identify the appropriate stakeholders and share in the development of solutions. This process requires defining clear safety and security standards for smart cities as well as providing or creating the means and incentives for their implementation.

The smart city concept will revolutionize urban life much like the industrial revolution did. To shape this revolution successfully and for the good of all, it is absolutely essential to create the proper foundation from the start. Safety and security must not be left until the end of the process.