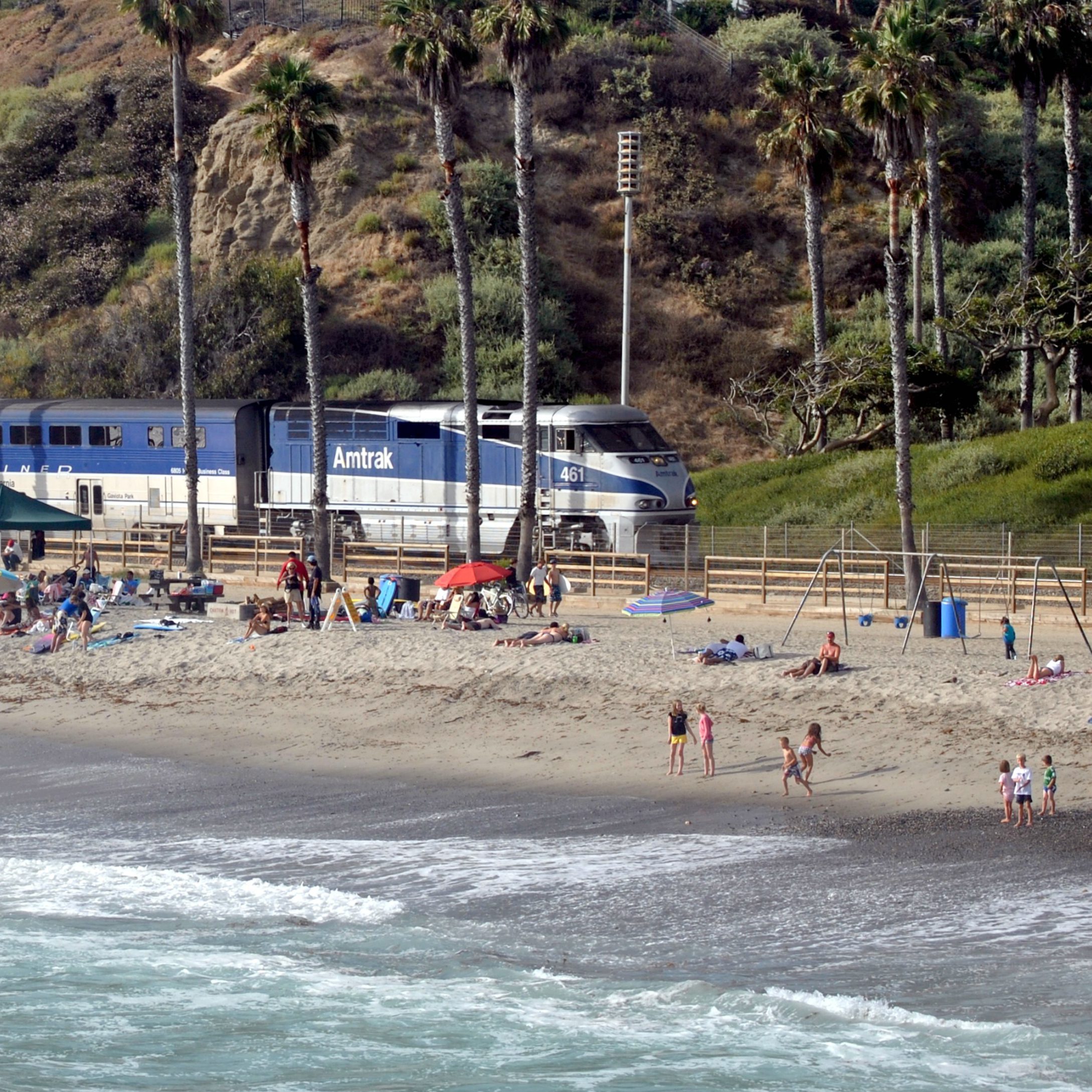 SACRAMENTO – In an effort to provide cleaner and faster travel for Pacific Surfliner rail passengers, Caltrans will be purchasing an additional 14 high-performance, diesel-electric locomotives from Siemens, with deliveries beginning in late 2018.  This purchase adds to the original 2014 order for six locomotives from Siemens that will be delivered in 2016.

“With these new state-of-the art, energy-efficient Charger locomotives, California can continue its goal to offer more alternative and sustainable transportation choices,” said Caltrans Director Malcolm Dougherty. “Not only will these new locomotives promote increased passenger rail ridership, but they will have environmental benefits by reducing the amount of automobile traffic.”

The next-generation Charger locomotives will be powered by a 4,400 horsepower-rated diesel engine that complies with the U.S. Environmental Protection Agency’s strict, Tier 4 emissions standards, which reduces emissions by approximately 85 percent compared with most existing locomotives in Pacific Surfliner service. The locomotives will also meet performance requirements for diesel-electric passenger locomotives set by the Next-Generation Equipment Committee, a coalition of government and industry experts promoting safe and efficient passenger rail in the United States.

The states of California, Illinois, Washington and Maryland have cumulatively placed orders totaling 69 Charger locomotives, and the production of these locomotives will support hundreds of skilled and high-wage manufacturing jobs in California. Each locomotive will be built at the Siemens rail manufacturing facility in Sacramento, and are the first Tier 4 locomotives to be built in the United States. The plant, which has been in operation for nearly 30 years, currently employs 850 workers and is powered primarily by solar energy. Through this contract, Siemens will continue to grow its already comprehensive and diverse base of U.S. rail suppliers – including many California businesses – that will be leveraged as part of the development of the Chargerlocomotives.

“The partnership between Caltrans and Siemens will generate new California manufacturing jobs and help the state meet our goal of reducing emissions through the use of innovative new technology,” said Panorea Avdis, Director of the Governor’s Office of Business and Economic Development. “Products made in California are changing the future of goods movement while improving our environment and companies like Siemens are contributing to California’s continued growth in manufacturing jobs.”

“I am very happy to see newer, cleaner, and faster locomotives being put onto our rails in order to further reduce greenhouse gas emissions,” said Senator Hannah-Beth Jackson, who chairs the Senate Select Committee on Passenger Rail. “More and more people are going to forego their cars to take the train when they realize that taking the train is faster than driving and provides a stress-free commute that allows them to be more productive, or even just relax and have a cup of coffee and read the newspaper.”

Caltrans funds three of the busiest intercity rail routes in the nation: the Pacific Surfliner, which operates between San Luis Obispo and San Diego (3rd busiest in the nation); the Capitol Corridor service, extending from Auburn to San Jose (ranked 4th); and the San Joaquin, operating between Oakland/Sacramento and Bakersfield (ranked 6th). Combined, the routes provide rail services to more than 5.4 million passengers statewide per year. Additionally, Caltrans owns 119 rail vehicles in California.

“We applaud Caltrans’ commitment to modern, efficient and clean public transportation and are grateful for their continued trust and confidence in our ability to serve as their technology partner,”” said Michael Cahill, president of Siemens Rolling Stock for North America. “These new, diesel-electric passenger rail locomotives will be built in America using renewable energy and will provide more efficient, reliable and faster transportation options for Californians.”

Caltrans purchased the 14 locomotives and related spare parts for $101.9 million as an option, funded entirely through Proposition 1B, the 2006 voter-approved infrastructure bond. These 14 locomotives are expected to be delivered and put into service between July 2018 and Feb. 2019.

The purchase of these new locomotives fits within the goals laid out by Governor Brown in his 2014 Five-Year Infrastructure Plan. Caltrans continues to improve the mobility and sustainability of California’s transportation system by doing its part to foster the state’s long-term economic growth.