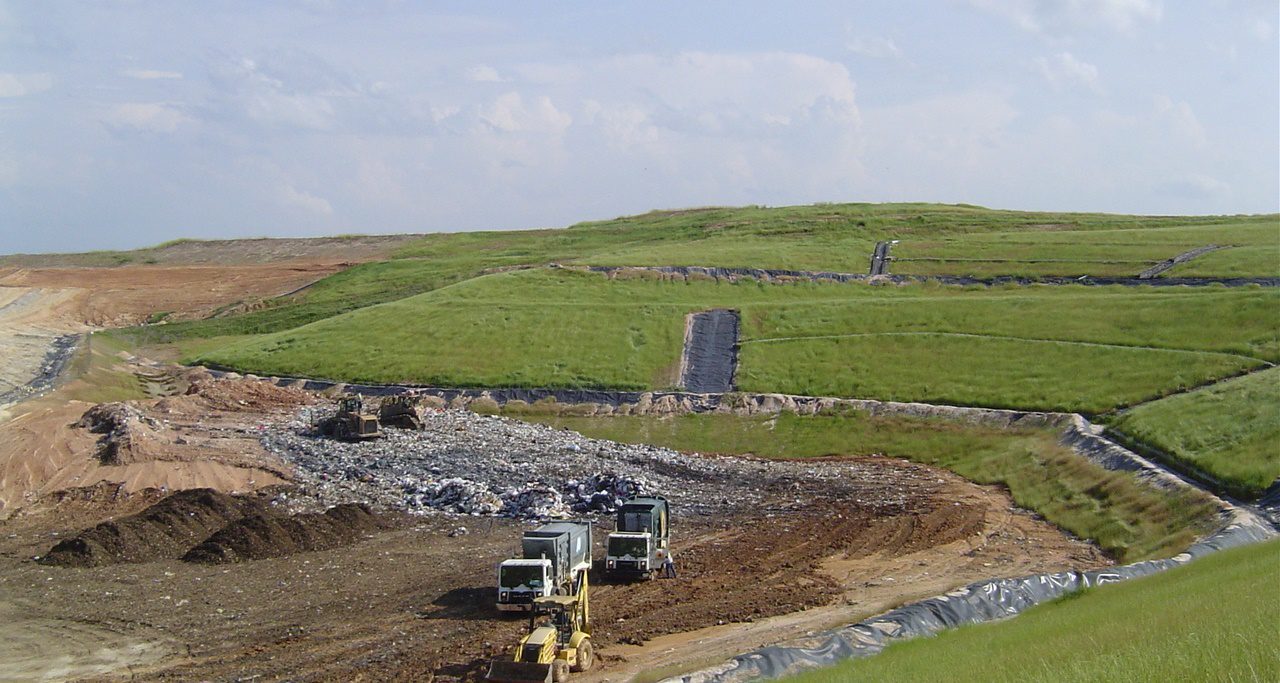 TALLASSEE, Ala., Nov. 7, 2015—Advanced Disposal’s Stone’s Throw Landfill was presented with the Landfill of the Year Award by Alabama Department of Environmental Management (ADEM) on Friday at the Solid Waste Association of North America (SWANA) conference at Lake Guntersville State Park.  The award was presented to Stone’s Throw Landfill in the private municipal solid waste category for its community involvement, innovation and appearance.

“On behalf of the south region landfill team, we are honored to be awarded landfill of the year and to have our hard work and commitment to environmental stewardship recognized with such a prestigious honor,” said Gerald Allen, Advanced Disposal South region landfill manager.  “Thank you to ADEM, SWANA and especially General Manager Herman Kitchens and his team of environmental professionals at Stone’s Throw for making their landfill one of the best in the industry.”

This is the fourth year ADEM has presented the Landfill of the Year Awards and accepts nominations from inspectors, permit engineers, as well as its own internal compliance team.  A landfill must be in compliance to earn a nomination and is then judged on community involvement and sponsorships, innovation, appearance and general aesthetics.  Advanced Disposal’s Star Ridge Landfill in Moody, Ala., is also a Landfill of the Year award recipient.

Stone’s Throw Landfill is collocated with an Advanced Disposal collection company at 1303 Washington Blvd.in Tallassee, Ala.  The landfill produces and sells carbon offset credits on the Climate Action Reserve (CAR) carbon exchange.  The credits are for sale on this exchange to companies that voluntarily choose to offset their own carbon footprint by purchasing carbon credits.  Stone’s Throw Landfill is able to produce these credits because Advanced Disposal installed and operates a landfill gas collection system years in advance of it being required by current regulations and by its air permit.

The landfill was once closed by a former owner and then reopened by Advanced Disposal in spring 2002.  It currently accepts an average of 1,050 tons per day.  At current tonnage, the landfill has capacity until 2053.  The landfill has an exceptional environmental record and has current disposal contracts with Tallapoosa,Montgomery, Elmore and Macon County and the Cities of Notasulga, Alexander City, Tallassee and accepts waste from Advanced Disposal subsidiaries and multiple third party haulers.

Advanced Disposal brings fresh ideas and solutions to the business of a clean environment.  As the fifth largest solid waste company in the U.S., we provide integrated, non-hazardous solid waste collection, recycling and disposal services to residential, commercial, industrial and construction customers across 18 states and theBahamas. Our team is dedicated to finding effective, sustainable solutions to preserve the environment for future generations. We welcome you to learn more atAdvancedDisposal.com