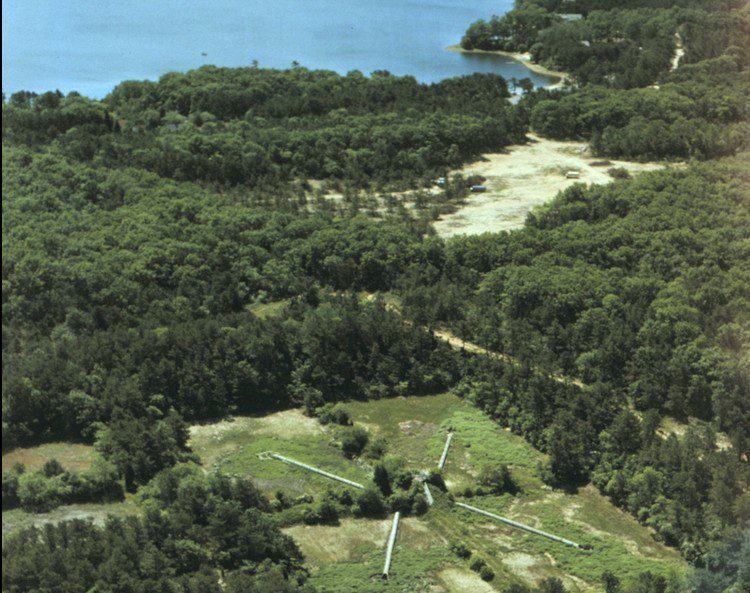 USGS scientists have conducted the first-ever field measurements of anammox activity in groundwater, demonstrating that nitrogen removal from groundwater can occur through the action of naturally occurring bacteria. This research was conducted in collaboration with partners from the Virginia Institute of Marine Science and the University of Connecticut.

Anammox, shorthand for anaerobic ammonium oxidation, is a process carried out by naturally occurring bacteria that can simultaneously remove ammonium and reduce nitrogen oxides (such as nitrate and nitrite), combining the two to produce harmless nitrogen gas.

Discovered just 20 years ago in wastewater treatment systems, anammox has been studied since then in laboratory settings using enrichment cultures.  Relatively recently, anammox was found to be ecologically important in marine and other surface water environments.

“Because anammox is a process that can supply its own organic carbon by fixing carbon dioxide,” Smith continued, “naturally occurring anammox bacteria are ideally suited for life in groundwater, where they could potentially be important for fixed nitrogen removal.  While practical applications are still in the distant future, this process could be particularly important where groundwater is discharging to surface waters and coastal environments.”

Working at a carefully monitored USGS groundwater study site at Cape Cod, Massachusetts, the research team found that anammox was active in the subsurface in a variety of geochemical conditions, even where groundwater ammonium concentrations were low.  The rates of activity were relatively low, but anammox could potentially affect inorganic nitrogen concentrations in situations where groundwater residence times are sufficiently long.

The detailed findings of the investigation were recently published in the journalEnvironmental Science and Technology.

The paper documents the competition between anammox and denitrification for nitrogen oxides and explores the effect of altered organic carbon concentrations on that competition. The results of this study indicate that anammox does occur in groundwater, that it can be an important mechanism for fixed nitrogen removal, and that it should be included when interpreting subsurface geochemistry and constructing groundwater nitrogen budgets.

Co-authors on the study include USGS scientist J.K. Böhlke; Bongkeun Song from the Virginia Institute of Marine Science; and Craig Tobias from the University of Connecticut, Department of Marine Science. The National Science Foundation provided additional research support.