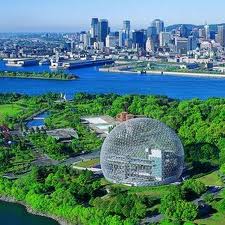 Sustainable cities are a global issue with more than 50% of the world population lives in cities. Cities crystallize the challenges of sustainable development in the context of an ecological, financial and societal crisis: water, food,
energy, greenhouse gas emissions, waste, social relationships, jobs, land, biodiversity and ecological footprint. Only the sum of local solutions will produce global effects.

The challenge ahead for cities
There is an urgent need to act on a number of indicators  which have reached critical thresholds, notably emissions of
greenhouse gases, water and biodiversity of which cities are the main source. How can cities initiate and accelerate their ecological transition in the difficult current context? How can they contribute in deploying global and local solutions on the scale of these challenges? Where can they find the means?

Your action in the heart of the cities is decisive whether you are an elected official/city administrative officer
or a researcher/thinker, an entrepreneur/operator, a financier/funder, you are a key player in the transition towards truly sustainable cities.

ECOCITY, the World Summit on Sustainable Cities will be held in Nantes on 25-27 September 2013. The event will be one of the highlights of Nantes European Green

ECOCITY 2013 is the 10th edition of the world conference series initiated by the ECOCITY Builders Foundation following on from Montreal, Istanbul, Shanghai, San Francisco, Bangalore, Shenzhen, Curitiba, Yoff, Adelaide and Berkeley, and is the first within the European Union.

The ECOCITY Builders Foundation’s mission is to unite cities and individuals around a common cause for a new way of life on our planet, with a view to reshaping cities with the best possible living conditions and enriching the biosphere, rather than destroying it. ECOCITY 2013 will be a unique opportunity to organize dialogue between the bearers of a European urban development model and their counterparts in other continents.

Contributions to be sent before 30 November 2012 to: contributions@ecocity-2013.com