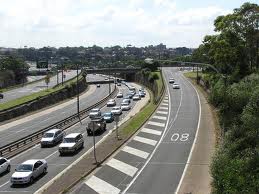 Williams Advanced Engineering is proud to announce it has been awarded the prestigious Simms Medal for 2015 by the Royal Automobile Club, one of the most prestigious honours in recognition of home-grown British automotive engineering talent.

The Simms Medal is only awarded in years when the Royal Automobile Club’s Technical Committee deems there have been contenders of sufficient merit. Williams Advanced Engineering has been awarded the prize for its work in creating the batteries that are currently powering the cars racing in Formula E, the world’s first fully electric racing series. The Formula E battery had to be designed from scratch within an aggressive 12-month timeframe, fit into a strictly pre-determined safety cell, cool sufficiently, be 100% consistent from one team to the next (40 race cars plus spares), and last an entire season with no loss of power or performance. The batteries showed remarkable reliability in the inaugural Formula E season, with only one failure in 440 race starts.

Williams Advanced Engineering is only the eighth recipient of the Simms Medal, with previous winners including Richard Parry-Jones CBE in 2007 in recognition of his immense contribution to the UK and worldwide automotive industry; Ben Bowlby in 2012 for his ground-breaking DeltaWing racing car and Lord Paul Drayson in 2013 for world record breaking achievements with the Drayson B12/69 LMP-type EV racing car.

It was a double celebration for Williams at today’s presentation ceremony at the Royal Automobile Club’s headquarters in Pall Mall, London. The recipient of the Club’s prestigious Dewar Trophy, also presented at today’s ceremony, was GKN Hybrid Power for its flywheel energy storage technology. The company was previously owned by Williams until its sale to GKN in 2014, having operated out of the Williams HQ in Grove, Oxfordshire from 2008-2014 as Williams Hybrid Power.

Speaking about the award John Wood MBE, Chairman of the RAC’s Technical Committee, said; “The Formula E battery is a design, technological and packaging marvel, and its creator, Williams Advanced Engineering, a very worthy recipient of the Simms Medal in recognition of its contribution to motoring innovation. Each of these batteries has enough energy to charge a smartphone every day for 13 years and holds the equivalent energy of 10,000 AA alkaline batteries. The batteries have powered a full grid of Formula E racing cars a total of some 60,000km in the first season – which is the equivalent of one and a half times around the Earth. There’s an old saying that racing ‘improves the breed’, and Formula E is helping to improve the next generation of electric vehicles. This should mean a better quality of air for all of us.”

Williams Advanced Engineering Managing Director, Craig Wilson, added; “We are thrilled and honoured to be the recipients of the Simms Medal for 2015. Our battery technology has been fundamental to the Formula E series in its inaugural season, and we are proud of how it has stood up to the test in what was a very aggressive development and testing programme. We are now focused on making season two an even bigger success, and to bringing variants of this technology to road cars in the near future.”