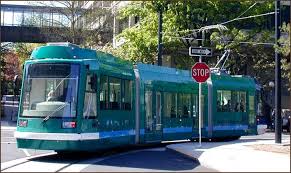 WASHINGTON, D.C. – U.S. Senator Tammy Baldwin announced that the City of Milwaukee has been awarded $14.2 million in TIGER (Transportation Investment Generating Economic Recovery) grant funds from the U.S. Department of Transportation’s (DOT) for the Milwaukee Streetcar Lakefront Line. In May, Senator Baldwin sent a letter to U.S. DOT Secretary Anthony Foxx in support of the City of Milwaukee’s TIGER grant application for construction of the Milwaukee Streetcar Lakefront Line.

“This is a strong federal investment in 21st century Wisconsin infrastructure that will put people to work,” said Senator Baldwin.“The Milwaukee Streetcar will also help spur significant economic development and improve the quality of life for Milwaukee residents. I’m pleased to see this important project move forward and proud to have helped secure this investment in Milwaukee’s economy.”

“This critical federal grant for the Milwaukee Streetcar will bring thousands of residents and visitors to major attractions and new developments on Milwaukee’s lakefront,” Milwaukee Mayor Tom Barrett said. “This announcement builds on the positive momentum we’re experiencing in the heart of the City and will also have a significant impact on our neighborhoods creating hundreds of construction jobs and better connecting our neighborhoods to downtown.”

“This major investment will further enhance Downtown Milwaukee’s recent renaissance, which includes $2.6 billion of public and private investment since 2005, and another $2.4 billion under construction or planned.”

“I greatly appreciate the support we’ve received for this grant from the U.S. Department of Transportation, Milwaukee’s congressional delegation and the dozens of business and community leaders who submitted letters of support for this major federal investment in Milwaukee’s economy and transportation network,” Mayor Barrett said.

The City of Milwaukee has already committed $15 million toward the funding of the .4-mile Lakefront Line.

Created by Congress in 2009, the TIGER grant program directs the U.S. Department of Transportation to invest in a variety of transportation modes and selects projects through a merit-based process. The grant program also ensures that projects across the country are funded and includes several provisions to balance the needs of urban and rural areas. As a member of the Senate Appropriations Committee, Senator Baldwin has been a strong supporter of TIGER funding, advocating for increased investment in the critical grant program.