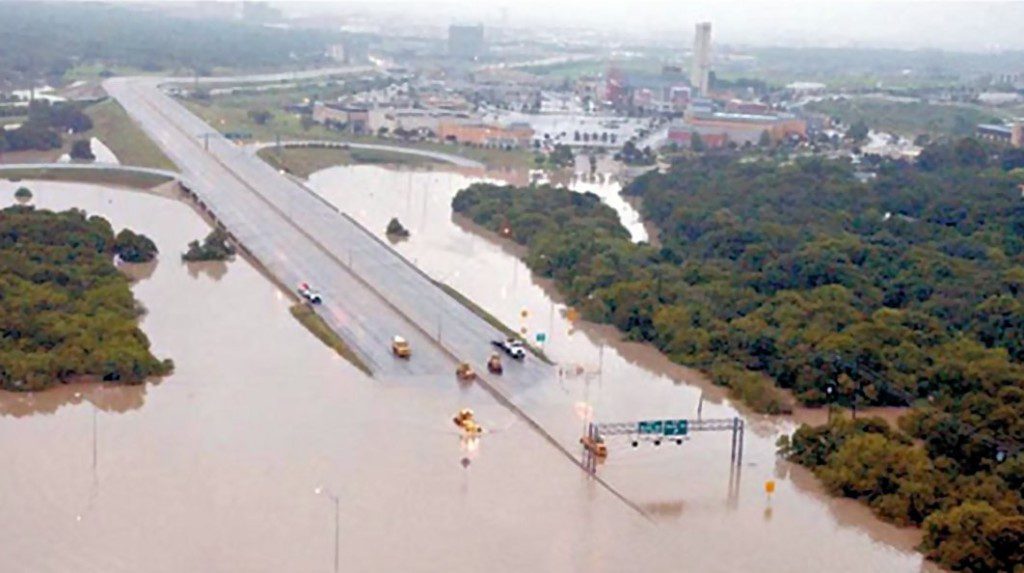 The combination of front moving into the state from the northwest on Friday combined with heavy moisture from Hurricane Patricia from the south has led to large statewide rainfall totals and flooding in both Texas and Louisiana.

Texas is in the midst of a rain event which began in West and N. Texas yesterday with a front that moved in and generated large rainfall totals (more than a foot and as much as 20 inches in some areas). Overnight, the front combined with heavy moisture from Hurricane Patricia, focusing large rainfall in South and Central Texas. This system is moving off to the east and will impact Texas and the coastal areas through the afternoon and evening. Impacts in the state have included extensive street flooding, some structures, and a train derailment due to flood waters near Corsicana, Texas where some of the highest rain totals have been reported.

N. Texas sites have generally already peaked and are showing decreases as the system moves out of that area. Three crews are out to do measurements and troubleshoot one gage that is transmitting intermittently. There are no reports of lost or damaged gages so far and only one site that may have reached a peak of record.

In Louisiana, thousands lost power as the slow moving storm system moved through the state.

Flood watches are posted from Houston through the Florida Panhandle, including the cities of New Orleans, Baton Rouge and Pensacola, Fla.