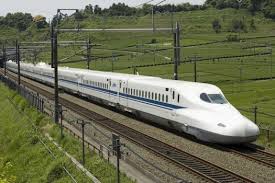 A private group backing a high-speed rail line that will revolutionize travel in Texas has secured support from two world-class firms with extensive experience in Texas to conduct engineering and pre-construction work during the project’s ongoing development phase.

Texas Central initially heard from more than a dozen of the world’s largest design-build construction firms, a reflection of the increasing interest in developing and building the nation’s first true high-speed rail project along a 240-mile corridor in Texas. The selected firm’s demonstrated technical expertise in the design, construction and maintenance of high-speed rail, a history of results unparalleled in rail operations and significant construction experience in Texas.

The agreement marks a key step in advancing the proposed high-speed passenger train between North Texas and Houston and underscores the attention the project is attracting from companies interested in having a role its development.

Combined with the $75 million in capital raised from private Texas-based investors previously announced in July, DHC’s in-kind commitment means Texas Central has secured more than $200 million in capital and work product. That’s halfway to the approximately $400 million needed to be committed to the project before moving onto the final construction phase.

DHC has no equity or ownership stake in the project and will not be involved in land acquisition. Its work will be focused on engineering, cost-estimation and construction- related activities and not as the project’s developer.

DHC shares Texas Central’s commitment to innovative efforts that provide maximum benefit to Texas. As such, during the life of the project, DHC will focus on hiring other Texas talent to complete the design and engineering, emphasizing its work with small businesses and minority, women and veteran-owned companies.

Archer Western has subcontracted more than $750 million to D/M/WBE firms in Texas. They were also awarded DART’s First Annual Diversity Award for its excellence in small and minority firm inclusion.

FAUS has received numerous awards for its partnerships with small and minority-owned businesses, including Texas Department of Transportation’s Office of Civil Rights Small Business Advocacy Award in 2013. It has met or exceeded Disadvantaged Business Enterprise goals on its Texas projects, with more than $500 million in DBE subcontracts in recent years.