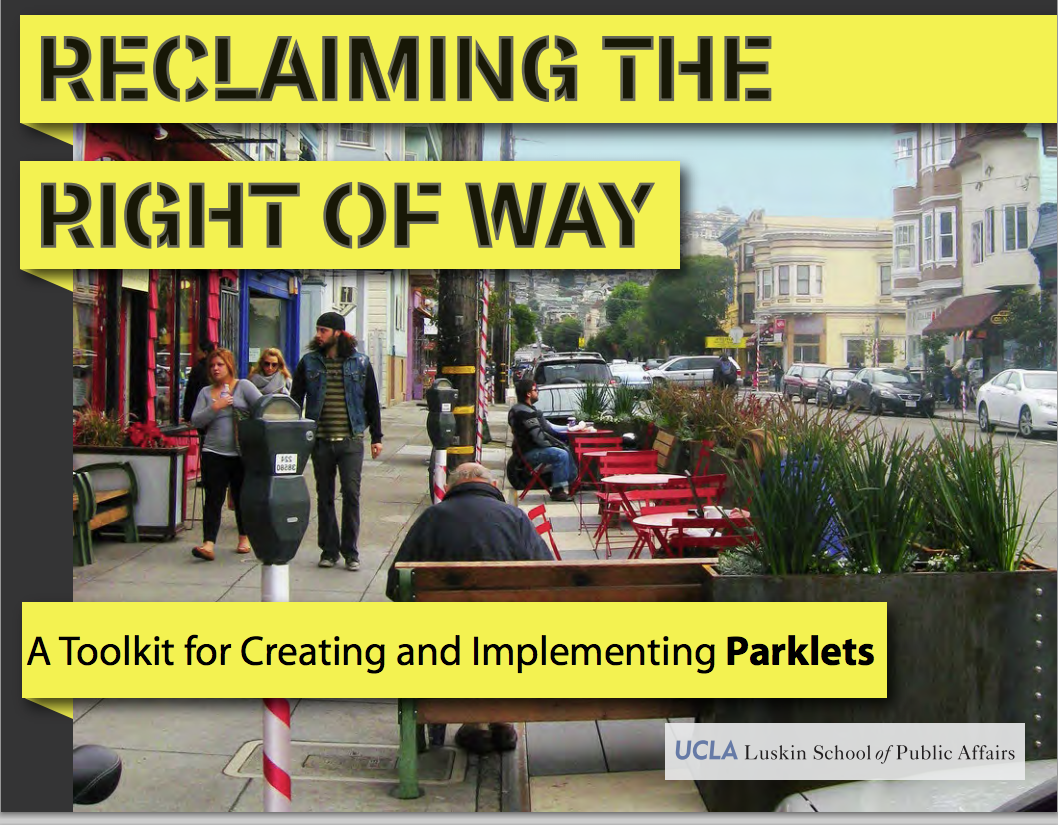 In Los Angeles, California, city officials are looking at new ways to green the city. A recent resolution passed by the council will allow for the creation of a series of micro-parks around the city to provide residents with more green space. On the heels of the resolution, researchers at 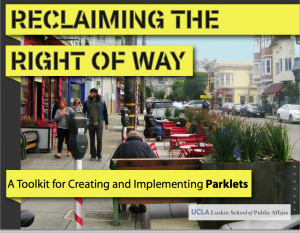 Researchers hope that the manuals, originally targeted at Los Angeles can also be used in other urban areas, greening cities nationwide.

Researchers have also created a new report, “Reclaiming The Right of Way,” which compiles best practices from cities in the U.S and Canada that have implemented parklet projects in their communities. These projects, which enhance neighborhoods through low-cost, small-scale inventions, were pioneered in San Francisco but have also appeared in New York, Philadelphia, and Vancouver, B.C., among other cities.