/ Corporate / Could Contaminated Land Actually Be Good for Trees?

Could Contaminated Land Actually Be Good for Trees? 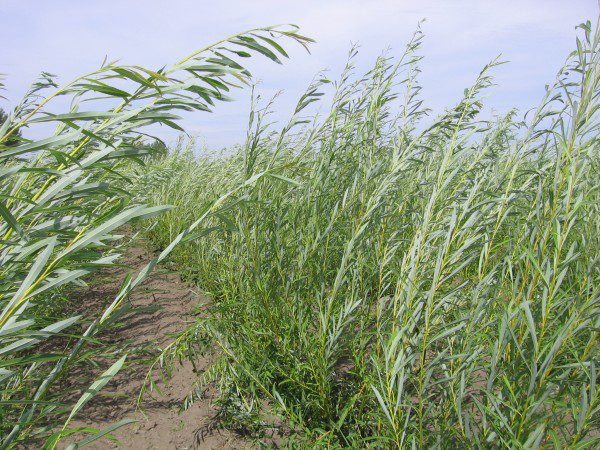 The very act of tolerating some forms of soil pollution may give trees an advantage in the natural world, says University of Montreal plant biologists. Their findings were published this week in BMC Plant Biology.

High chemical tolerant plants can be used to rehabilitate land contaminated with heavy metals or petroleum by-products – some 30,000 such sites exist in Canada and 342,000 sites in Europe – through a process termed phytoremediation. The research team compared the molecular response of willow trees growing in contaminated or non-contaminated soil and found that several plant genes were expressed differently between both treatments. “The most fascinating result, however, comes from the fact that genetic information (RNA) from other organisms, such as fungi, bacteria and insects were also found to be expressed differentially in plant tissues. Notably, 99% of RNA from spider mites, a common plant pest, was in higher abundance in trees growing without contamination,” explained Nicolas Brereton, co-first author of the study. “This suggests that trees growing in contaminated soils might have reacted in a way that makes them less prone to herbivore attacks by priming their defense machinery.”

Decontamination of polluted sites, often many hectares in scale, is costly and in itself can have a high environmental impact. “Phytoremediation plants must have a very high tolerance to pollution as well as high biomass yields. This second trait brings an additional value stream to the process of phytoremediation, outside of the direct benefit of rejuvenating land” Brereton said. Short rotation coppice willow are some of the highest yielding trees, having the ability to produce very large amounts of wood in temperate regions in a very short time and requiring low nitrogen fertilization. “By producing high yields we can use the produced biomass, for example wood, for processes such as lignocellulosic bioenergy production. We term the integration of these two complementary benefits added-value cultivation.”

The genetic information exchange the researchers identified is in step with a new field in biology which has rapidly expanded since the advent of modern next-generation genetic sequencing technology: the systems biology approach relating to the “metaorganism.” The researchers, directed by Michel Labrecque, Frederic Pitre and Simon Joly, look at all the interacting organisms as a single, dynamic biological entity in order to understand natural complexity. “One of the major discoveries we’ve been exploring is that when you extract genetic information from any plant tissue, such as RNA, you always also find genetic information from fungi, bacteria and even animals, such as insects and arachnids. In this case, the tree’s defense against contamination, which is an abiotic stress, improves resistance to spider mites, a biotic stress,” said Emmanuel Gonzalez, co-first author of the study. “The important point here is that genes have been switched on across multiple interacting organisms. This is what we call meta-transcriptomics, meta referring to metaorganism and transcriptome to the activation of genes. The ability to get such a comprehensive snapshot of genetics is very new. While cross-tolerance is known to occur in trees, it has yet to be documented in a phytoremediation context and certainly not using this cutting-edge next-generation sequencing technology.”

While the researchers’ early experiments were conducted in greenhouses, they are now in the process of repeating the work on mature crop trees grown in real contaminated sites. “We’ve already found similar interactions with arachnids and insects, the numbers of interacting organisms, especially fungi, are extraordinary high, often in the hundreds, for a given plant tissue if grown outside the laboratory,” Gonzalez said.

Additional quotes:
“Next-generation sequencing, the technology which brought us the human genome, has opened up the ability to glimpse into the fundamental genetics behind the natural world. Some of the computing techniques involved are highly complex, what we’ve aimed to do here is to make sure every black box is wide open and bring along very classical biological thinking to every step of the analysis; by doing so, we’re given a privileged insight into a rich and surprising complex biosphere.”
– Emmanuel Gonzaelz, PhD, Université de Montréal

“The ability of these fast-growing willow trees to tolerate contamination and rejuvenate degraded land is well established, but how they can manage such feats is poorly understood. This research suggests the response of each willow tree involves potentially hundreds of other organisms including bacteria, fungi and insects (termed the “meta-organism”.) Some of these organisms are beneficial to the crop while others are detrimental. By engaging with all diversity of life present, for example, on a single leaf, we can see that these trees can flourish in these challenging environments using natural mechanisms for dealing with chemical stress and that these mechanisms can also help them to defend against herbivorous insects, that the act of tolerance can give them a second, unique advantage. We’re starting to consider the idea that every tissue, in every organism, is a unique ecological environment in itself; certainly the evidence is suggesting this at the moment and, while such a high complexity world is difficult to decipher, it can also be quite spectacular.”
– Nicolas Brereton, PhD, Université de Montréal

This study was funded by the GenoRem Project (Genome Canada and Genome Québec).

The University of Montreal is officially known as Université de Montréal.