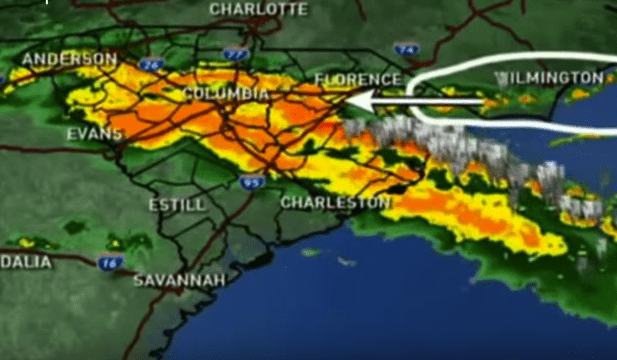 The state of South Carolina experienced record flooding this past week, causing billions of dollars of damage to roads, bridges, dams, energy networks and water systems. The state has been reluctant to invest in infrastructure prior to the storm, having recently rejected a proposal to spend an additional $400 million on roads by raising taxes.

The floods caused the closing of more than 260 roads and 150 bridges. Many of the bridges were washed out and will be closed for some time to come.

South Carolina depends almost entirely on its gas tax to fund highway maintenance, and it hasn’t raised its gas tax since 1987. Even before the floods, 20 percent of the state’s 8,300 bridges were rated structurally deficient or structurally obsolete.

Clean-up crews are working to remove debris throughout the state. In Columbia alone, 2.4 million pounds of debris have been picked up. Boil water advisories have been repealed for 10 percent of Columbia’s 375,000 water customers, though it will likely be several weeks before clean water is restored for the entire city. Some 37,000 South Carolina residents have applied for FEMA assistance, and approximately 300 continue to live in emergency shelters.

During the height of the flooding, Interstate 95 was closed. A 130-mile stretch of the highway was closed to traffic after the heaviest rains fell on Oct. 3 and 4.

Urgent repairs are currently underway at the Columbia Canal, which serves as the main water supply for half the city. The canal was breached in two places, prompting emergency measures by the National Guard. They dropped hundreds of sandbags into the canal from helicopters, while contractors raced to complete a temporary rock dam that would prevent more of the water supply from escaping.

The reservoir fed by the canal had been reduced to just 13 million gallons of water following the breach, far below its ideal minimum level of 30 million gallons.

With the storm now over, some parts of the state are slowly beginning to return to normal.