/ Modeling / Luciad Brings Beautiful Visualization to the Internet of Things

Luciad Brings Beautiful Visualization to the Internet of Things 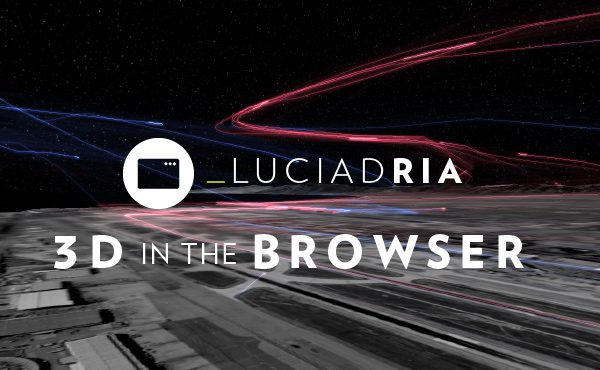 To demonstrate Luciad’s new capabilities, the company created an application that interactively visualizes 70,000 flights across the globe during a period of 24 hours.

The free app gives users a new perspective on air traffic data provided by FlightRadar24. Fortune Magazine and Gizmodo have recognized the app as “pretty staggering” and “bewilderingly addictive.”

Users can move around the globe, select and zoom in on airports or airlines of their choice, allowing them to understand the complexity, and beauty, of air traffic.

“Traditionally, such applications were only available to users in demanding industries such as aviation and defense and needed to run on powerful desktop computers. Now we have a solution that runs efficiently on any device and allows users to view their data in a beautiful and instinctive way.”

Luciad’s web solution extends beyond flights, explained Melviez, and can be applied to any moving things such as vehicles, pallets, packages and mobile phones.

“The technology and its ability to show extremely large amounts of moving things will drive innovation and generate countless new business opportunities in the months and years to come,” Melviez said.

The free web app is available online at 3d.luciad.com.

Luciad’s software components are designed for the creation of situational awareness applications. By connecting directly to data sources, Luciad’s software not only analyzes and visualizes what is happening now, but also helps predict what will happen next – allowing users to act quickly and safely. “Connect, visualize, analyze, act” is both our method and our motto. www.luciad.com