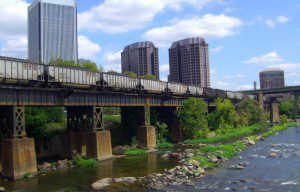 Since they did not have projects ready to go to use the funding, the Federal Highway Administration (FHWA) reallocated the money to Virginia and other states that have projects in the pipeline ready for work to begin.

The bonus money will fund work to re-pave 400 lane miles of roadways across the state and improve 17 interstate bridges.

“Virginia aggressively pursues federal dollars for transportation, maximizing all resources available, which leaves us in an excellent position to get more funding,” said Gov. McAuliffe. “By carefully investing federal tax dollars to deliver road and bridge improvements and having projects ready to go, we have put our Commonwealth in a position to benefit from additional funds that would have gone to other states. My administration is committed to spending every single transportation dollar to ease congestion and help build a new Virginia economy.”

Transportation Secretary Aubrey Layne added, “The federal bonus money is the result of VDOT managing its program efficiently and being good stewards of taxpayer dollars. Federal funds are allocated and used to build infrastructure, with more projects in the pipeline ready to receive additional federal money.”

“The ‘bonus’ funding will go toward rehabilitating Virginia’s aging bridges and pavements across the state,” explained VDOT Commissioner Charlie Kilpatrick. “VDOT is committed to keeping our existing infrastructure of 57,867 miles of roadways and 20,900 bridges in safe and good condition.”

Each fall, the FHWA reviews all states’ ability to commit allocated highway dollars as the federal fiscal year ends.

States that cannot obligate federal funding must return that spending authority to the FHWA.

The funds are then redistributed to states that can obligate all of their federal allocations and have additional eligible projects ready to move forward.