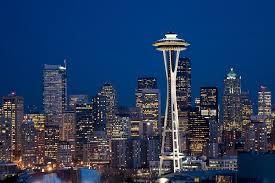 SEATTLE, Wash. – U.S. Transportation Secretary Anthony Foxx and Seattle Mayor Ed Murray today hosted the sixth of 11 nationwide regional forums on the Beyond Traffic draft framework at Seattle City Hall. The Beyond Traffic report examines the trends and choices facing America’s transportation infrastructure over the next three decades, including a rapidly growing population, increasing freight volume, demographic shifts in rural and urban areas, and a transportation system facing more frequent extreme weather events. The report predicts increased gridlock nationwide unless changes are made in the near-term.

The town hall style meeting allowed citizens, elected officials, metropolitan planners, transportation industry partners, business owners, and community leaders to learn more about the framework and ask questions about the trends identified in it. Secretary Foxx and Mayor Murray also solicited input from the participants on their region-specific experiences and asked to hear ideas for solutions to those challenges.

“Beyond Traffic recognizes that the Cascadia megaregion will undergo exciting changes relating to population growth and increased demand on transportation systems in the next three decades,” said Secretary Anthony Foxx. ”Today’s discussion allowed us to hear directly from people about their transportation challenges in the region, and to listen to their ideas about how to solve them. We are looking forward to integrating this meaningful feedback into our final report.”

By 2050, the population of the Cascadia megaregion – which stretches from Portland to Vancouver – is expected to increase by almost 42 percent. But, with 26 and 23 percent of bridges rated structurally deficient or functionally obsolete and 67 and 65 percent of roads in mediocre or poor condition in Washington and Oregon respectively, leaders within the region have critical infrastructure investment decisions to make in order to accommodate this increase in population.

“Seattle is home to 70,000 more people than five years ago and we will welcome another 120,000 residents by 2035,” said Mayor Ed Murray. “Seattle is committed to investing in transit and other transportation choices that help people get out of their cars. Thanks to Secretary Foxx for signaling that the federal government is ready to be an active partner as we implement strategies to keep freight and people moving through our city and region.”

Following remarks by the Mayor and Secretary Foxx and a presentation from the U.S. Department of Transportation’s Beyond Traffic team, Mayor Murray, Tacoma Mayor Marilyn Strickland, and Washington State Department of Transportation Secretary Lynn Peterson participated in a town hall-style panel focusing on the impact of Beyond Traffic trends in the region. The last half of the program engaged attendees in a facilitated conversation, giving them the opportunity to share feedback that will inform the final Beyond Traffic report when it is published in 2016.‎

To learn more about Beyond Traffic or to read the full framework, click here.