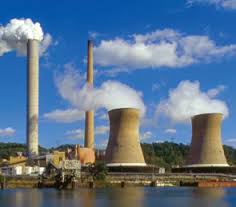 WASHINGTON — The U.S. Environmental Protection Agency (EPA) today finalized a rule that will reduce the discharge of toxic pollutants into America’s waterways from steam electric power plants by 1.4 billion pounds annually, as well as reduce water withdrawal by 57 billion gallons per year, resulting in an estimated benefit of $463 million per year to Americans across the country. Toxic pollutants include mercury, arsenic, lead, and selenium, which can cause neurological damage in children, lead to cancer, and damage the circulatory system, kidneys, and liver.

“Today, EPA is setting the first national limits to protect public health and reduce toxic pollutants, including mercury, arsenic, lead and selenium released into America’s waterways by steam electric power plants,” said EPA Administrator Gina McCarthy. “These cost-effective, achievable limits will provide significant protections for our children and communities across the country, including minority and low-income communities, from exposure to pollutants that can cause neurological damage in children, cancer, and other serious health problems.”

The final Steam Electric Effluent Limitation Guidelines are strong but reasonable– based on technologies that are readily available and broadly used in the industry today, reinforcing the ongoing trend towards cleaner, more modern plants. The standards provide flexibility in implementation through a phased-in approach, allowing plant owners to pursue integrated strategies to meet these requirements.

●          Nearly 65,000 pounds of lead and 3,000 pounds of mercury, leading to lowered IQs among children exposed to these pollutants via drinking water or by eating contaminated fish;

●          79,200 pounds of arsenic, increasing the risk of cancer and other health effects, including cardiovascular, pulmonary, and neurological disorders, in people exposed to these pollutants through drinking water and by eating contaminated fish;

●          225,000 lbs of toxic selenium, resulting in fish kills and other damage to fish, including organ damage, decreased growth rates, reproductive failure, and harm to people, including damage to the kidney, liver, and circulatory system;

Toxic metals do not break down in the environment and can contaminate sediment in waterways and impact aquatic life and wildlife, including large-scale die-offs of fish. Steam electric power plants account for about thirty percent of all toxic pollutants discharged into streams, rivers and lakes from permitted industrial facilities in the United States. Due to their close proximity to these discharges and relatively high consumption of fish, some minority and low-income communities have greater exposure to, and are therefore at greater risk from, pollutants in steam electric power plant discharges.

There are approximately 1,080 steam electric power plants in the U.S. There are 134

plants that will have to make new investments to meet the requirements of this rule. The new requirements do not apply to plants that are oil-fired or smaller than 50 megawatts.

The effective date of the rule will be 60 days after publication in the Federal Register.