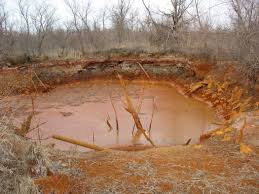 “Since the creation of the Superfund program 35 years ago, EPA has been addressing the risk to human health and the environment as well as blight to the economy due to contamination left behind by owners and operators,” said Mathy Stanislaus, assistant administrator for EPA’s Office of Solid Waste and Emergency Response. “Superfund cleanups protect communities’ health, their environments and their economic wellbeing, including some of the country’s most vulnerable populations.”

Sites EPA adds to the NPL represent the nation’s most serious uncontrolled or abandoned hazardous waste sites. Only sites added to the NPL are eligible to receive federal funding for long-term permanent cleanup. Cleanups reduce adverse human health impacts, including those affecting infants, and also help facilitate economic revitalization of formerly toxic sites. The list serves as the basis for prioritizing both enforcement actions against polluters, and long-term EPA Superfund cleanup funding. The time it takes to prepare to propose a site to the NPL varies depending on many factors, for example, the site complexity, the extent of stakeholder interest, state and tribal support, and the availability of other cleanup options.

State partnership is critical to the cleanup of Superfund sites. EPA responds to requests from states/tribes and communities to propose a site to the NPL when non-NPL response options have not proved viable. EPA requests state support to list sites on the NPL and coordinates with them to conduct early site assessments. In some cases, states may lead the remedial action work with EPA oversight.

The National Bureau of Economic Research study, Superfund Cleanups and Infant Health, shows that investment in Superfund cleanups reduces the incidence of congenital abnormalities in infants by as much as 25 percent for those living within approximately 2100 yards of a site. Cleanups involving lead-contaminated soil have contributed to documented reduced blood-lead levels in children. If left unaddressed, elevated blood-lead levels may result in irreversible neurological deficits, such as lowered intelligence and attention-related behavioral problems.

Adding a site to the NPL also stimulates economic revitalization.

A study by researchers at Duke and Pittsburgh Universities found that once a site has all cleanup remedies in place, nearby property values reflect a significant increase as compared to their values prior to the site being proposed for the NPL. Cleanups also increase tax revenue for local communities and state governments, including helping to create jobs during and after cleanup.  For example, at 450 of the 800 sites supporting use or reuse activities, EPA found, at the end of fiscal year 2014, that there were ongoing operations of approximately 3,400 businesses, generating annual sales of more than $31 billion and employing more than 89,000 people.

EPA and its partners continue to discover new sites qualifying for NPL addition. The contamination of some sites was caused by recent activity. At other sites, contamination has been discovered due to factors such as increased population growth, urban growth and the migration of contaminants from the source. EPA works closely with states and tribes and seeks public comment prior to adding sites to the NPL.

The Superfund program operates on the principle that polluters should pay for the cleanups, rather than passing the costs to taxpayers. EPA searches for parties legally responsible for the contamination at sites and it holds those parties accountable for the costs of cleanups. For the newly added sites without viable potentially responsible parties, EPA will investigate the full extent of the contamination before starting substantial cleanup at the site.

The sites announced today have characteristics and conditions that vary in size, complexity and contamination. Past and current uses of the sites announced today include pesticide manufacturing, dry cleaning, grain handling, wood treatment, zinc smelting and former manufactured gas plant operations. Operations at some of the five sites listed today continued until as late as the 1990s and 2000s. Many site contaminants were released into the environment, including lead, mercury, zinc and other metals; polychlorinated biphenyls; pesticides; and semi-volatile organic compounds (SVOCs). Contamination affects surface water, ground water, soil and wetlands.

From the late 1800s until 1985, the BJAT LLC property in Franklin, Mass. was used for industrial operations including the manufacture of rubber and plastic products. Lead, mercury and zinc, as well as a number of SVOCs are contaminating the soil, sediment and ground water. Over the years manufacturing activity has left areas of process waste and debris on the property. A contaminated ground water plume is affecting nearby properties and wetlands, and contamination on the property poses a hazard to people that may come in contact with soil and debris.

This year marks the 35th anniversary of the enactment of the Comprehensive Environmental, Response, Compensation and Liability Act, the law establishing the Superfund program. Superfund’s passage was a giant step forward in cleaning up industrial waste sites to help ensure human health and environmental protection. The Superfund law gives EPA the authority to clean up releases of hazardous substances and directs EPA to update the NPL at least annually.

For Federal Register notices and supporting documents for the final and proposed sites:

For information about how a site is listed on the NPL:
http://www.epa.gov/superfund/sites/npl/npl_hrs.htm

For information on Superfund sites in local communities:
http://www.epa.gov/superfund/sites/index.htm

More information about the Comprehensive Environmental Response, Compensation and Liability Act (CERCLA), the law establishing the Superfund program, can be found at:
http://epa.gov/superfund/policy/cercla.htm